Some of us in the blockchain space have this vision where, one day, decentralized applications will be popular with millions of users, and potentially, some of them might overtake their centralized nemesis.

Decentralized applications will come in many flavors because there are degrees of decentralization layers, characteristics and implementations,- technically and philosophically.

In the context of applications, we can think of the following features that decentralized applications can exhibit:

In the purest sense, all of these layers could be covered simultaneously, but that is not the case for most of the early Dapps we are encountering, for a variety of reasons.

This post is not about dissecting decentralization characteristics as that’s a more complicated topic that I started to cover in the final chapter of my book, The Business Blockchain. (That chapter’s title was: Decentralization as the way forward.) Rather, I would like to focus on bringing visibility to where users can find these Apps.

While we wait for this new phase to slowly unravel, if you are a consumer, industry participant, or interested party, how do you find out about these new Apps if you’d like to dip your toes in them?

It’s mildly ironic that we have to resort to centralized directories in order to bring light to decentralized applications. Sadly, search and discovery are slightly more difficult to implement in distributed architectures.

State of the Dapps

I remember well when this site was launched by ConsenSys at Ethereum’s DevCon1 in London, in November 2015. At that time, it listed under 100 Dapps. As of this writing, it includes 1,539 Dapps that are tagged by sectors. This directory is searchable.

An interesting feature of DappRadar is sorting according to a variety of parameters: smart contract balances, daily active users, and transactions volumes and values.

This is the latest newcomer, and it is managed by Blockstack. They are tagged and ranked by weekly tweet activity. 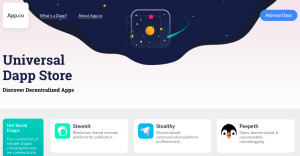 Against the above Web based directories, there are 2 mobile apps that offer access to the world of Dapps. Both of them include a directory component where users can discover and launch Dapps inside the App itself. 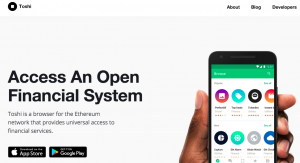 I have been playing with Trust Wallet, Cipher and Toshi. All 3 of them exhibited very similar features.

Going forward, what is unclear yet, is whether we will need a mobile launcher (such as Toshi or Trust Wallet), or whether users will launch these Dapps directly as standalone apps, such as the upcoming OpenBazaar app that becomes its own node.

In the meantime, the majority of these Dapps are still in their early stages. Feel free to experiment!

Two Videos and a Podcast on Blockchains, Tokens and Decentralization