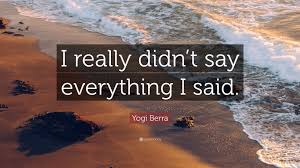 On the heels of last week’s NYC Blockchain Week and the Token Summit, I was invited to CNBC’s Squawk Box on Friday morning May 18th, to discuss the latest blockchain developments.

The conversation started with the role of the SEC, and I tried to move it towards the utility of tokens as a more dominant theme. I said a number of things, but it seems that my comments set off a chain reaction in other media sources where they were taken out of context. Suddenly, my comments metamorphosed into sensationalized headlines that I simply did not make.

Here’s the full interview which lasts about 5 minutes.

This investor thinks digital currencies could be a “utility,” but for now they are a “novelty.” https://t.co/gNk3ZNeyHL pic.twitter.com/KCCdzuPau3

First, let’s recap the points I made where my comments were taken out of context:

“The SEC is still trying to educate themselves, and not just educate the public.”

“They are still grappling with it, and for them, the box they play in, is they see all of these cryptocurrencies as a security.”

“In reality, not everything is a security.”

“There will be some updates to regulation. They have to change the current regulation.”

“The novelty is that these currencies could be a utility….the utility comes before being a security. That’s the novelty the SEC is trying to wrap their heads around.”

“They see everything as a security. That’s the box they play in. In a way, they are trying to fit a square peg into a round hole.”

“I think Bitcoin is one of them (native currencies). It is not going to be the only one. Ethereum is the 2nd most important one.”

“Ethereum today has the largest ecosystem of developers, startups, venture capital, and support around it.”

However, new headlines surfaced that attributed different statements to me (or implied that I said them):

The above headlines are highlighting comments I did not make or necessarily implied.

Although I understand this comes with the territory I play in, I just wanted to set the record straight.