“The wise man doesn’t give the right answers, he poses the right questions.” — Claude Levi-Strauss

As we enter 2018, here are some questions on my mind, relating to the state of blockchain and where we may be going. 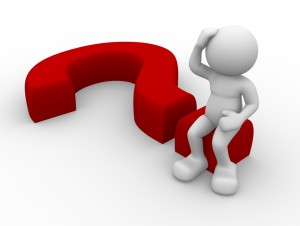 I like asking questions, and have followed that format last year in my CoinDesk end-of-year article titled “Blockchain in 2017: Do We Know What We Don’t Know?” These questions are still relevant a year later, as many of them were strategic, so I encourage you to re-read it.

Today, there are newer questions I have been asking during some recent talks I gave, such as at my opening remarks at the Token Summit II in San Francisco on December 5th 2017, in this video:

At the heart of this question is the specific token functionality that is being concocted or delivered. I have written at length about it in Tokenomics, stressing the importance of the token role in a given project, protocol or application. Beyond having figured that out, what makes a good token is undoubtedly the team behind it, because they need to execute, iterate and deliver.

2. Will the success rate of ICOs be better or worse than tech startups?

Worse than startups. Why? Because most ICOs aren’t being surrounded by the right advisors and mentors. Yes, ICOs have lowered the fund raising bar, but they have also raised the ensuing success risks. Many ICO projects include first-time entrepreneurs who are freewheeling on their own, zigzagging their way into uncertainty. There is no escaping typical startup evolution laws and dynamics, even if the blockchain project is open source, decentralized and includes smart contract autonomy. The flip side is that, having lots of money allows an ICO project to stay alive longer, giving the illusion of progress, but that’s not a measure of success necessarily.

3. Are open source, decentralized protocols going to be more significant than their web equivalent?

The fat protocols theory has plenty of believers and critics (here and here). Regardless of the nature of this debate, there are real blockchain protocols that are emerging. Some are horizontal and general-purpose (eg. IPFS for file sharing across any applications), while others are vertical or industry specific (eg. Etherisc for insurance, or OpenBazaar for P2P commerce). With the Web and Internet, the suite of common protocols included: TCP/IP, HTTP, HTML, DNS, FTP, IMAP, and SMTP, to just name a few of the more popular ones. With the blockchain, we are still waiting to clearly see which major new protocols will emerge and sweep armies of developers with them.

Decentralization has several dimensions: political, philosophical and technical. Some blockchain purists would like to immediately decentralize everything, but the reality is that decentralization will be achieved step by step. It is not a sudden state that you just turn on just because there is an underlying blockchain somewhere.

If you have been following the crazy volatility underlying the price of cryptocurrency, you wouldn’t be asking this question. Truth is,- there have been many crashes along the way. Market caps are routinely swinging 40% up or down on a given week, and that’s enough variation to crush anyone who is on the wrong side of the trend. A better question might be: when will we see the “Big Crash” (with a capital C), the one that will be the equivalent of a hurricane or tsunami in terms of proportion and damage incurred. In my opinion, we still need to see much higher total market caps that are even more vertiginous and sky-reaching, probably in the $1.5-2 Trillion range before a spectacular Crash would likely occur.

6. Will countries or central banks create their own cryptocurrency?

A few countries and central banks have been talking about “digital currency”, and most of them are carefully ignoring the term “crypto”. Fact is- digital currency is not the same as cryptocurrency. These countries/central banks are recognizing the benefits of the digital currency features of cryptocurrency, but they don’t want any of the decentralized uncertainties that come with blockchain-based currencies. That said, I believe we might witness two phases of evolution. First, we will see an initial rolling of some “national digital currencies”, inspired by cryptocurrency. Then, there will be a second phase with more daring implementations that are closer to the true decentralized ethos of cryptocurrency, once we gain more experience in learning about crypto-economic monetary policy mechanics. Likely, these experiments will emerge in countries that don’t have stable currencies, as this allows them to leapfrog into the world of cryptocurrency, just as many underdeveloped countries leapfrogged into cellular networks and didn’t build better landlines.

7. Is Crypto Valley ahead of Silicon Valley?

The area around the small town of Zug in Switzerland is commonly referred as Crypto Valley, due to its local government openness to, and acceptance of blockchain-related jurisdictional peculiarities. The Ethereum Foundation is credited with having swung the door open for Zug’s emergence as a “crypto valley”. Since then, the canton of Zug has seen rapid development of a healthy ecosystem related to everything crypto, from technology startups, developers, legal services, accelerators, experts, and financial resources. It is worthy to note that the Zug phenomenon has spilled into neighboring Zurich, given the 23 minute-train ride proximity to the financial capital of Switzerland.

When it comes to cryptocurrency related regulation, the SEC is the big elephant in the room that everyone is watching. Their actions (or inactions) have a direct effect on the mood and environment pertaining to cryptocurrencies, especially since ICOs have been so popular in 2017. So far, their actions have been of a punitive nature, having picked on a handful of clear scam cases, in addition to a steady dose of cautionary warnings. However, it is possible that the SEC might start to provide more specificity pertaining to some form of regulatory compliance around token generation events. My bet is that they will be asking for some transparency and reporting requirements, somewhat similar to what currently exists on the securities side.

9. Will Wall Street adopt the blockchain?

Here lies the dichotomy. The blockchain is an alternative financial system that challenges the de-facto traditional financial system. Yet, the traditional financial sector is poised to gradually embrace and adopt blockchain technology in a variety of levels. Although Wall Street will not shoot itself in the head by obsoleting itself, it will shoot itself in the foot by taking baby steps towards implementing blockchain technology as part of its partial infrastructure, then gradually will introduce new products that are solely focused on the blockchain.

10. What will be the effect of new crypto funds entering the space?

To-date, more than 170 funds totalling $2.5B have been announced in this space, including from newcomers, traditional VCs and Wall Street veterans. I have joked that, soon we will have more funds than tokens. Most of these funds will start to deploy their capital in 2018, fueling more frenzy indiscriminately on immature blockchain models and technologies. On the positive side, this will continue to fund innovation. On the other hand, this could have a precipitating effect on eventually inflating valuations even further, getting us closer to a big Crash tipping point.

11. Is every asset destined to become liquid on the blockchain?

Without a doubt. From native assets (e.g. CryptoKitties), to new financial instruments, to non-native assets that can have a blockchain representation (e.g. via fractional ownerships), the liquidity of assets is going to get a boost. 2018 may well be the year where we see billions of non-currency assets begin to trade on blockchain networks.

12. When will we see more blockchain standards?

In the technology world, standards have a magical effect on user adoption. We need more blockchain standards of the middleware kind (read: The Blockchain is Still Waiting for its Web, Here is a Blueprint for Getting us There), because they lower the difficulty bar for common developers who want to interact with blockchains without worrying about the vagaries of its infrastructure. Look at the effect of the ERC-20 standard on the proliferation of tokens issuance, and the emerging ERC-721 non-fungible token standard’s impact on the development of native assets, and these are only the tip of the iceberg.

13. Do we fully understand the economic models behind tokens?

The alphabet soup on metrics, analytics and quantitative assumptions is growing: stablecoins, monetary policy, inflation rate, tokens supply, velocity of assets, asset base, transactions volume, etc…to name a few. But do we really know how to model the theory of blockchain economies based on the relationship between these variables? Does each cryptocurrency issuer need to become like a Federal Reserve Chairman, who is constantly tweaking the various economic knobs and dials? What experience can we point to, so we can decisively say “this is the theory”, or “these are the best practices”? Our field of knowledge is definitely embryonic at this point.

There you have it. Of course, there was clarity in some answers and uncertainty in others.

Let 2018 usher a new chapter in the evolution of the blockchain. It is only pushing the limits of its implementation that we will discover its real potential.

On Tokens 1.0 vs. Tokens 2.0 and Fundamental Blockchain Innovations