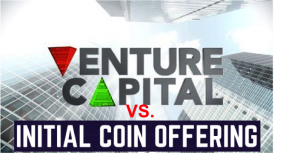 Ever since the Bancor and Gnosis ICOs kicked the door open on creativity and boldness in ICO campaigns, the appetite for ICOs has been steadily increasing during the month of June and continuing into early July.

I sensed that June was a pivotal month that may be setting the tone for the next months to come. So, I spent a good part of the past several days trying to tally-up exactlyhow much what raised during that month, and by whom.

I was surprised (and you should be appalled) to find out that many ICOs were completed, yet the amount raised were not visible on their ICO sites.

Why is this significant?

I went back and looked at how much traditional venture capital goes into the angel/seed stage. Angel + Seed are an apt comparison because many of these ICO’s are at that stage, and no further. After triangulating from various sources, (mostly PWC’s Money Tree and the Crunchbase Global Venture Capital Report) the total amount of venture capital in Internet related companies stands at $20 Billion per year, ⅓ of which typically goes to Angel/Seed stage rounds. On a monthly basis, that number is $550 Million.Why is this significant?

There you have it. ICO funding has now exceeded Venture funding.

Will this become a sustainable trend remains to be seen. All we need is to stay above the $550 Million mark on a monthly basis. Already, we have had two big ICOs in July (Tezos and EOS) with a combined $386 Million.

In early February, I predicted that 1,000 ICOs would raise $1 Billion by the end of 2017. $1 Billion sounded outrageous at that time, but we have already eclipsed it on a YTD basis.

I wouldn’t be surprised if we ended the year with 1,000 ICOs.