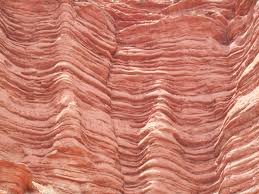 I wrote this post to explain the blockchain in non-technical terms, and published it on Huffington Post yesterday with the title, Why the Blockchain Still Lacks Mass Understanding. I’ve been obsessed with explaining the blockchain in a variety of ways to the broader public and general business audience who need to understand it. As I said before, and written many times in blog posts and in my book, the blockchain is a multi-faceted technology, with multiple personalities, many usages and a wide array of implications. Therefore, we need to keep peeling its various layers, and explaining it in more ways than one, especially going beyond the technical definitions that center on protocol mechanics.

The blockchain has a severe lack of general awareness, and that is problematic to its evolution.

99% of people still don’t understand the blockchain, or Bitcoin, or cryptocurrencies. Pundits, technical visionaries and experts (including me) have attempted to explain it in a variety of ways, and often, made the subject more obscure, while raising additional questions instead of yielding increased clarity.

Much of the blockchain discussions tend to be of a technical nature, therefore not that helpful to the masses. In most debates, the tail was wagging the dog, giving the appearance of a solution awaiting the problem, while feeding many skeptics.

I believe it is time for a new tact. Rather than contorting the market with painful explanations, we need to think of blockchain technology in terms of its relation to the Internet and the Web, two familiar subjects. In essence, we need to understand the blockchain in simpler terms.

Before the Web’s arrival, the Internet was basking in the same technical obscurity as the blockchain today, i.e. it was popular within the technical segment at universities, scientific labs and research centers. Then, in 1993, when the Web appeared as we know it today, an extra layer of simplicity was brought forward and enveloped the Internet. Suddenly, the Web made it easier to cross-link information from a sprawling mesh of computers, without the need for being so technical. Pre-Web, if you wanted to get on the Internet, you were required to possess some technical knowledge about connecting a computer to a network. The Web removed that “geeky” requirement, and replaced it by letting any user type an address that called-up a section of text (the Web page) that displayed readable information on a screen. That was in essence the spark of genius that Tim Berners-Lee, the Web’s original creator bestowed on it.

What ensued in the 23 years that followed were five major capabilities: Email for communications, Publishing by anyone, E-Commerce for consumers, E-Business for corporations, and a vibrant global Social Web fabric. Much of what we see today in Web usage is a derivative of these functions, mobile Web included.

Fast forward to 2008. Entered Bitcoin, a philosophically inclined technology that was concocted by a mysterious creator who faded, as soon as its implementation took its first breath.

Whereas “linking information” was the nugget that the Web initially tackled, the blockchain’s staple is “moving value”.

That is the extent of the fundamental understanding you need to muster about the blockchain. Almost everything else that ebbs and flows from it, is a derivative of that concept, with the added caveat that no third party is required to move value between any peers, just as no third party is needed to publish information on the Web.

What you also want to remember about this new technology are two key features, and think of them as lego pieces: One, the blockchain has a sense of ownership: each “value unit” is aware of who owns it, in a self-managed way, i.e. without a required third-party to validate said ownership. Second, the blockchain knows the balance inside an account, and it can produce an irrefutable timestamp of transactions, rendering records tamper-proof.

Let’s not stop there. Once you add software programmability and various permutation varieties in assembling these lego features and mixing them with our existing world, the result is an unlimited innovation potential for creating new business and economic models.

For example, a blockchain can act as a central bank, issue and keep track of its own currency with an extreme amount of accuracy. In contrast, central banks can’t track money, today. A blockchain can also maintain a shared accounting ledger, reward participants for performing valuable work, and transfer money, ownerships or rights between users, when certain conditions are met. Finally, a blockchain can codify any mix of business logic, from operations, to governance, to law; while autonomously overseeing the enforcement of agreements. A blockchain has the memory of an elephant and the resolve of a Mechanical Turk to complete a repetitive task that is assigned to it.

Imagine if we could replace almost everything that had a trust component, by a new way, where trust is embedded inside a given transaction, therefore not needing a third party for validation. Today, we take these trust functions for granted, because there is no other way to guarantee trust except by going through holders and verifiers, such as banks, notaries, lawyers, governments and similar types of choke-point institutions.

Canadian poet John Robert Colombo said in his 1970 collection Neo Poems, “History never repeats itself but it rhymes”. The French have a related saying: “Plus ça change, plus c’est la même chose.”

Fast forward again, to a few years from now, and we will see the familiarity that rhymes with the Internet.

The biggest outcome of blockchain technology propagation will be yet another well-known disruption that was brought forward by the Web: its effect on changing the roles of intermediaries. The stamped envelope was replaced by the email, the newspaper was outstripped by instant online news, online shopping emerged as an alternative to traditional retail, and properties such as Facebook, LinkedIn or Twitter became the new social gathering estates.

For the masses, the extent of understanding the blockchain centers on realizing that it is another form of intermediaries disruption in-the-making. This is part of the evolution of the Web, and there can only be three possible outcomes: some intermediaries will be displaced, others will adapt, and new ones will emerge. If you ask yourself in which category you fit, then, you could act accordingly.

Blockchain is essentially a technology promise, but like any promise, it needs time to materialize, and it requires us to understand it, in simple, yet compelling terms.

Today, no one forces you to use the Web, but can you afford not to? The blockchain will face a similar fate on its journey to becoming the best new tool of this decade.