How Many Blockchain Identities Will We Have? 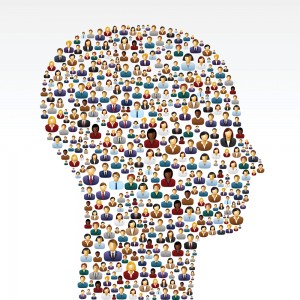 The subject of blockchain identity has resurfaced with Deloitte’s recent announcement on the availability of its smart identity platform for developers, based on Ethereum. This isn’t really a new development, since Deloitte UK had already announced they were working on a proof of concept around identity in May 2016. It’s a well thought framework that has “three main components: individual identity-creation, institutional identity creation and analytics.” So, the ball is now in the developers’ court to dream-up the variety of applications that can drive the usage of that platform.

In March 2016, I took an inventory of the available blockchain solutions being developed, notwithstanding existing KYC/Identity ones that don’t have a blockchain component, but could easily add one (such as uch as SWIFT’s 3SKey multi-bank, multi-network personal identity solution, or Markit’s KYC), and observed that there is a fragmentation of solutions.

Identity and Naming are two important areas of the blockchain, important enough that I singled them out as one of the 9 bullets covering how to think about the blockchain.

During my presentations, I am often asked about how identities will unravel on the blockchain, and how many identities will we have? Yesterday at the York University blockchain case competition, one question was: will there be more users in public or private blockchains? The answer to that question is also related to the topic of blockchain identity.

First, there is a distinction between consumer-related identities (a citizen seeking a government service, or a user on a company website), and business-to-business identity applications (e.g. a financial securities dealer that is conducting financial assets trades).

In my opinion, blockchain identities on their own are useless without an application to drive their usage. Just like as a passport that is useless and stays in your drawer, unless you step into an airport to travel. Travel is the “app” for the passport. So, we need to see more applications that drive the usage of blockchain identity solutions, whether they are based on public or private blockchains.

Today, on the web we can use our Facebook, Twitter, LinkedIn, Google, Disqus, or Instagram identities, and there is some interoperability between them and applications. For example, a Facebook profile is used on Airbnb to enable the vetting of customers by a host (and vice-versa). It acts as a de-facto reputation system.

And just like on the web, some applications need our identity, and others don’t.

Blockchain-based identity hold a promise, which is to allow us to consume a number of services in a trusted manner, without the need to assert our physical presence, like remote voting for example. But first, identity fraud needs to be mitigated at the point of issuing that identity. The onus is on the authorities that issue these identities to have the right issuance and usage procedures that would alleviate fraud and misuse. In parallel, there will be another flavor of implementation via self-issued identity that we can control (e.g. uPort), but it is an equally challenging and exciting development.

Blockchain identity should be primarily an enabler to applications and services that we couldn’t conduct previously online, or at least they should provide a tangible benefit that is an improvement to something else we were doing prior.

So, I’m holding my breath, waiting to see applications that are based on blockchain identity, and more importantly seeing them get adopted by a lot of users.