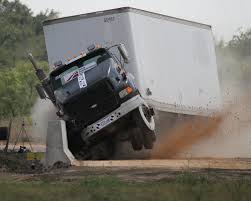 I have been asked about “the DAO” numerous times since its launch, and was planning to make my views known, but the recent DAO situation precipitated this post where I’m including an analysis, lessons and recommendations for the future.

For background and context, over the past month, I have warned twice publicly about the DAO, primarily that the amount of money raised was too high. Second, I felt that the complexity of its governance and sole dependence on smart contracts were a ticking bomb. I thought there was too much on the table all at once. I strongly believed that the same experimentation benefits could have been achieved with much lower risk, while preserving a similar diversity in user participation.

You don’t need $150M+ to initiate an experiment in autonomously funded and operated organizations based on smart contract governance with unproven code and inexperienced managers. In my opinion, $10-15M would have sufficed, and yielded the same benefits and lessons, even if it might have gathered less headlines and public attention.

Rolling back the clock to April when I heard rumblings about the DAO from Slock.it, I had just finished writing my book, The Business Blockchain that included a section on DAOs, with the header “The DAOs are coming” (p. 111):

However, that passage in the book was based on my earlier research and analysis, and my own interpretation of a DAO framework to ensure sound operations. It had none of the hype and overly optimistic cheering for the DAO model that we later saw as envisioned by its Slock.it founders.

On May 1st, as the DAO funding started beating records, it was explained to me that the DAO was an experiment meant to distribute funds to Ethereum projects, and I thought it was a noble goal if it was tightly managed with clear and strict guidelines. I wished them well, and considered investing, just to be part of the experiment, but didn’t end-up doing it. I decided to remain an outside spectator because I didn’t believe that their implementation as envisioned was sound enough.

In mid May, as the DAO funding numbers swelled to new heights, I became worried. On May 18th, at the OuiShare conference in Paris, I specifically warned that the DAO experiment may be too big and too risky. Specifically I said:

“I would caution about not wanting to run too quickly and assuming we can have DAO’s from the get go. It takes practice, it takes some tests. I’d like to see testing these DAOs with small dollar values, not with millions of dollars where the losses could have some severe repercussions on the whole system.”

As recently as a few days prior to the hack, I freely volunteered my services to the DAO in the hope of influencing them to improve their governance and management approach. The response was: “Thanks, but it’s moving forward fine on its own.” They were obviously dogmatic on implementing their auto-pilot mission.

Then, Friday June 17th happened, and we know where we are today. So, what are the lessons and implications?

Analysis of the Attack

For background, you can read this FAQ that was written by the Ethereum Foundation on Reddit, The big theDAO heist FAQ.

There hasn’t been a shortage of analysis and opinion pieces, although I was more drawn to the ones providing solutions and constructive paths forward, such as Vitalik’s analysis, Thinking About Smart Contract Security, or Emin’s Thoughts on the DAO Hack, or Albert’s The Path to Learning requires Failing: The DAO. I also enjoyed Andreas’ LTB marathon Hangout on that topic, here, and this Bloomberg article, Blockchain Company’s Smart Contracts Were Dumb. There were other good ones.

I kicked off some of my thoughts on Twitter with this:

There are different ways to see what the perpetrator did. Behind the “hack”, there is also a case of law, ethics, governance, theft, terrorism, bribery and blackmail. If I were a judge issuing a ruling, I would hold the hacker accountable on multiple charges.

This isn’t the time to get philosophically cute and believe that the hacker didn’t do anything wrong because they ran a valid smart contract using a feature that “allowed” the movement of funds to a child DAO. We shouldn’t buy that argument. The hacker is treating the 3.6M ether as a selfish reward for doing nothing except the exploit itself. In their “open letter”, the hacker(s) did not show an interest in using the funds according to the mission and intent of the DAO, which is to fund projects and companies. The child DAO feature is a means to an end. That end is to approve project proposals and disburse funds to bona fide companies via the DAO. For the hacker, the end was to keep the funds, and not fund companies, therefore they are guilty of theft.

The hacker’s intent was clearly to harm and cause damages to the DAO and Ethereum together, as well as put a black mark of confidence against the field of crypto technologies. Therefore, they are rogue and unlawful actors. To add insult to injury, the hackers offered to fund miners that don’t follow the fork, which is the equivalent of bribery and blackmail. So far, the perpetrator(s) don’t pass any “good intentions” test. They are full of bad intentions.

In my opinion, this is crypto-terrorism. We know what we do with terrorists. They deserve no sympathy and no reprieve. Extraordinary circumstances require extraordinary measures, and I’m hopeful that the community will do the right thing.

Did the hackers indirectly cause any good by making us aware of the inherent risks of smart contracts and the malformation of the DAO? Yes, perhaps. But I wouldn’t give them an award for that. These flaws were already known as Vitalik Buterin explained in his blog post, and they were being worked on, gradually. There was no need for a spectacular exercise of zealotry to point out the weaknesses of the DAO and its suite of governance smart contracts.

If the hackers had an ounce of goodness in them, and wanted to ethically expose the flaw in the contract code, they could have ended their exploit by just proving it, and promptly returning the ether, just as an ethical hacker would. There is nothing ethical about this hacker or team of hackers.

Lessons for the community

Several lessons we can learn from.

Going forward, what are some ideas for a better future pertaining to DAOs, smart contracts and decentralization as a whole? This isn’t an exhaustive list, and I’m sure that others will be adding excellent ideas, but this is my starting point:

Going Forward and Getting Smarter

Did the DAO have to end this way? No. For the DAO, this was an unfortunate way to “fold”, before it could even learn the real lessons we were hoping to learn about decentralized governance models. What we learned, we already knew: that you can’t reach the moon with parabolic and overly ambitious claims, and you can’t skimp lightly on organizational issues or tightly sealed security. Humans behind the technology count a lot. And the whole way you construct an organization still matters considerably.

Startups screw-up all the time, but the good ones do it gracefully, learn, iterate, and keep moving in the right direction. Unfortunately, it turned out the DAO founders were in the water over their heads.

Ethereum doesn’t deserve the bad rub it is getting by association guilt. Yes, it is attempting to come to the DAO rescue, out of an ethical impulse, even if it is bending some of the autonomous decentralization principles. In Ethereum’s defense, they don’t want this heist to go in the history books the same way that Mt. Gox did for Bitcoin, although Bitcoin recovered spectacularly well from it.

Ironically, it was the initial Ethereum pseudo-involvement in the DAO that gave it a positive signal that precipitated record funding. On the surface, when you looked at the list of curators and saw who was involved from the Ethereum side, you would think, how could anything go wrong when some of the original Ethereum founders or operators are also “curators”. Sadly, we learned that technical curators are not enough to make a DAO hum, nor to prevent it from failing.

Although the end of this DAO story is not yet known, there is pent-up demand for experimentation on DAO governance models and implementations. We can assume there will be a DAO 2.0, 3.0, and many other versions and flavors thereof. Other DAOs and related constructs are also being worked on (e.g. MakerDAO, SocialKapital, Wings), taking less flamboyant routes than the grand daddy incumbent, but they still need to proceed with caution.

To say that Ethereum will emerge stronger and more powerful is an understatement. Give it some time, and the fog will lift.

I believe that goodness will prevail, and dumb and evil people will veer to the left. The smart and ethical ones will succeed, and we will resume our path to implementing the greatest technological innovation since the World Wide Web protocol and its underlying Internet infrastructure: the decentralization era with crypto technologies as its foundation layer.

What we have just witnessed is a mini version of the Carlota Perez paradigm shift principle in action: the overshooting that follows the installation phase, but precedes the deployment stage. The DAO overshot their exuberance. The hacker overshot their zeal. The rest of the community will benefit from further deployments of Ethereum and decentralized technologies, once we can close this chapter, and apply the learned lessons from it.

We can’t rush a technological paradigm shift, but we can get closer to it everyday. If we rush, like on the road, accidents happen.