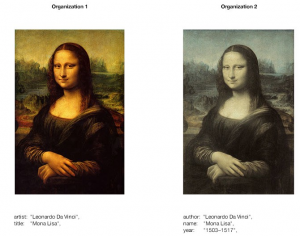 In the physical world, paintings have permanent signatures in the corner to identify the artist. But in today’s Internet driven digital environment, content attribution is a manual, opt­-in process. A photographer must be explicitly credited next to their image through text or by way of a proprietary account username. The minute content hits the Internet publishing sphere, history and authorship are easily lost as content is severed from the original account or platform it is published on.

That is the essence of the (big) problem that Mediachain is trying to solve. They want to empower creators and their audiences by establishing a persistent link between identity, a digital file, and its meta­data. By combining a cryptographic signature (identity) with media’s perceptual fingerprint (content ID), Mediachain is able to connect a piece of media to information about it across platform walls. This information could include attribution for the creator, provenance for communities that have interacted with the content and contextual information describing a creative work.

I met Denis Nazarov and Jesse Walden, co-founders of Mediachain in November 2014 in Toronto after a Skype call that went very well. I was instantly drawn by their vision and what they were working on, and proceeded to mentor them gradually and help them polish some of their work and how they were presenting it. I liked them so much that I introduced them to USV and Andreessen-Horowitz (A16Z). In early 2015, I was contemplating leading a small round for them, but the snowball effect was already happening. USV and A16Z liked them too, and they decided to lead a larger round for them, with my participation, and other investors in the mix.

Today, Mediachain is announcing this funding round, and you can read the details on their blog post.

Basically, the approach they are taking is to develop and promote the deployment of an open source protocol that combines a decentralized media library with open content identification technology to enable collaboratively registering, identifying, and tracking creative works online. In turn, developers can automate attribution, preserve history, provide creators and organizations with rich analytics about how their content is being used, and even create a channel for exchanging value directly through content, no matter where it is. The function of Mediachain is to make the images and information from each organization interoperable and discoverable in a decentralized system with no central authority.

The only requirement for this vision to become reality is that creators and content owners/keepers need to participate by adopting the Mediachain protocol at the source of content creation. Mediachain has already made progress, and they are also announcing today that over 2 million images and related metadata have been contributed to Mediachain by participating organizations including The Museum of Modern Art (MoMA), Getty Images and Europeana, and with more open licensed media sets being added to the network by the Mediachain community.

To get your imagination going on other possible implications, here are a few more examples of how Mediachain can make media an information transmitter or knowledge vector:

There is a big movement to re-decentralize the Internet, and Mediachain is part of this global effort. Today, in Berlin, BlueYard put together a day-long summit entitled, Decentralized & Encrypted (I was invited to speak at it). And Archive.org will run the first Decentralized Web Summit, June 8-9 in San Francisco.

I have written about the need to decentralize the Internet and bring it to its decentralized roots in my book, The Business Blockchain, where I said: “The blockchain symbolizes a shift in power from the centers to the edges of the networks. This is a vision that we have romanced in the early days of the Internet, but a re-decentralization of the Web could actually happen this time.” (p. 149, The Business Blockchain).

I’m very excited for the Mediachain Labs team and their technology. Here are a few links, if you’d like to learn more and get involved: