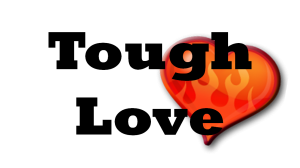 You can’t talk about Bitcoin, Cryptocurrency or Blockchains without taking into account what the banks are doing or not doing in these areas. And I’ve written plenty about that already, including Dear Big Bank CEO, Re: Blockchains: Obliterate, don’t Automate, the mega 67-slide deck (that has 150,000 views on Slideshare) Blockchain 2015: Strategic Analysis in Financial Services, and more recently Blockchain Inside Regulations Is NOT Innovation.

That last article received some push-back from maybe 5% of the readers (my estimate) who took issue with points I made, and they defended the banks and their technology innovation role.

The various feedback could be classified anecdotally by the following categories of comments:

So, I am giving the banks some tough love, because I know three things about them:

Now, let me address the above points:

I have been around technology-driven innovation for a very long time, and have seen and been involved in business and technical innovations in large and small companies. My definition of innovation is disruptive innovation, i.e. innovation that creates new markets and users/customers which could not be acquired otherwise. Innovation is harder in large companies than in smaller one. And it’s even more difficult when a large company is regulated. I don’t see many shades of innovation. Either it moves the needle, or it doesn’t.

Totally disagree. Blockchain inside regs is profoundly innovative. If you understand the regs and how to hack them. https://t.co/fyBetw6mOx

Innovating within regulatory frameworks is an oxymoron statement. Being creative and hacking around regulation is hardly innovation. It is creativity and it might yield marginal gains, but it doesn’t often lead to breakthroughs. But I’m willing to be proven wrong if we start seeing use cases that point to the opposite.

@wmougayar well I would agree with @prestonjbyrne on this one. Innovation comes in shades. If you are talking about ‘disruptive’ maybe

In my opinion, disruptive innovation is the only type of innovation that produces big results. The difference is between wanting to make small progress or large gains. Before the business process reengineering (BPR) days, it was all about TQM (Total Quality Management), i.e. aiming for step-wise improvements. Every year you were supposed to make small improvements, but BPR came along and the message was: No more small improvements, because you have gotten so far with it. Now, you need to innovate with a clean slate, and re-think all your processes. Don’t just improve them. In other words, it means destroy and re-invent.

The blockchain carries potentially the same message as BPR, if it is applied in the right places. And disruption doesn’t have to be a bad, scary word, as long as it carries innovation that expands your markets by an order of magnitude, not by a few percentage points.

I’ve heard enough banks justify why they can’t do something by citing regulations or customers not asking for it. But banks haven’t been very good at acquiring new customers. They’d rather focus on keeping the existing ones, which they are better at.

Someone thought that we have come a long ways because we’re licking less stamps to pay bills. No disrespect to the author because he agreed with my article otherwise, but I found the stamp analogy worth a mention, or a chuckle.

Banks are Spending Millions on the Blockchain, Therefore It’s Innovation

That one came to me via email. The spending part is correct to an extent, but not the innovation linkage. Many banks are investing internal resources on a variety of blockchain projects as well as funding external initiatives. That’s great, but we can’t compare apples and oranges. We know well that big company investment numbers are super inflated due to their overhead costs and FTE accounting. It’s like saying banks are spending billions on digital technology. But these dollars are not the same as venture capital dollars that fund scrappy startups who work solely on developing new products and carving new markets.

Back to the innovation vs. regulation debate, I maintain my position that innovation comes first, and regulation should lag. Therefore you need to innovate outside the box of regulations because it’s a lot easier. Then you can bring it into the business if it makes sense.

And regulation can be a tricky endeavour. Sometimes we regulate for the .1% bad actors and impose these same regulations on the 99.99% good actors. But there is a new school of thought that prefers to monitor more intelligently instead of regulating more heavily, and the blockchain allows that, if regulators allow it.

It is a lot easier to start innovating out of the regulatory boxes, both figuratively and explicitly. Some banks are starting to doing it.

Simon Taylor, head of the blockchain innovation group at Barclays and someone whose views I respect, summed it up well by leaving a comment on my previous post. He said: “I don’t disagree the best use cases will be outside regulated financial services. Much like the best users of cloud and big data are not the incumbent blue chip organisations. Still their curiosity is valuable for funding and driving forward the entire space.” I very much agree with that point, which is why I have hope some banks will contribute to the innovation potential of the blockchain in significant ways, as they mature their understanding and experiences with this new technology.

My ending note to banks is that innovation can be a competitive advantage, but only if they see it that way. Otherwise, they will dial it down to fit their own reality which is typically painted in restrictive colors.