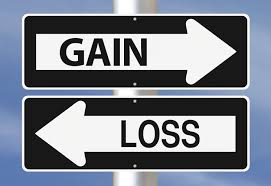 I recently attended a seminar on high stakes negotiations run by Kellogg School of Management Professor Victoria Medvec, and this sentence profoundly resonated with me:

There is a lot of meaning in that sentence, because of its precise applicability to the world of startups.

As it turned out, the origin of this statement lies within the Prospect Theory that was first developed by Daniel Kahneman (who later won a Nobel Prize in Economics for this specific work), and Amos Tversky in their 1979 seminal paper, “Prospect Theory: An Analysis of Decision under Risk”.

Prospect theory is a behavioral economic theory that describes the way people choose between alternatives that involve risk, where the probabilities of outcomes are known. The theory states that people make decisions based on the potential value of losses and gains rather than the final outcome, and that people evaluate these losses and gains using simple rules (that may not be perfect). At the heart of this theory, the concept of “loss aversion” is important, as it refers to people’s tendency to strongly prefer avoiding losses to acquiring gains. Most studies suggest that losses are twice as powerful, psychologically, as gains, as a factor for moving people from their status quo.

The way this relates to startups with a new product is staggering, because success really depends on user adoption, and there are always risks involved when startups introduce their products to the market, as seen from a user perspective.

Most startups have figured out how to develop innovative products, but when some of them fail, it’s likely in the “go to market” approaches they choose, i.e how they attempt to get users interested in trying their products, or in switching from some other products or habits they are currently with.

Common startup mistakes include thinking that users and customers will move to your product because it is better, newer, faster, smarter or cheaper than what they are currently using. The thinking goes like this, and I’ve heard this numerous times in pitches or discussions: “they (prospect) are already using this (inferior) system, or are set with this (unproductive) habit, so if we show them how our product can improve what they are doing, it is a no-brainer for them to switch or start using our product.”

What these assumptions have failed to realize is that these prospects are risk-averse, i.e. their default position is to not change what they are doing, because you are talking to them about some (theoretical or potential) gain which they only see as being a marginal reward when compared to the efforts and pains it would take them to move from their current situation.

This applies to consumer (B2C) and enterprise-related products (SaaS/B2B) equally well. It even applies more for blockchain-based solutions who are assaulting the existing banking systems with promises of “better, faster, trustless, intermediary-less” options. That’s why some of the trials and proofs of concepts that are being incubated in new areas have a better chance of succeeding initially because you’re not moving people from existing systems (risk-aversion), and rather showing them something new that didn’t exist before (risk-seeking).

In a nutshell, risk averse prospects will push-back on your pitches, whereas it’s easier to pull risk seeking prospects to try your products.

Of course, if you spend enough energy and analysis on justifying change to risk averse prospects, by using proposals based on ROI, profit improvement or cost reduction, you could move them to change, but a significant amount of time will be spent doing that, and that’s a killer for startups who need to show some quick adoption gains first.

Another common mistake by startups is when they are seemingly successful with an initial group of users, also known as “early adopters”, but then, they hit a wall, and can’t grow past it. That’s because these early adopters were risk seekers, but more importantly they were actually advanced users with unique problems that the rest of the market didn’t have, i.e. the market was risk averse. So, as a startup, you want to ask yourself whether your early adopters are really the tip of a big market, or if they are a patch of their own.

So, how do you apply this, if you are a startup?

Break-up the different parts of your product according to the various features they provide, and label each usage case as either going after a risk aversion or risk seeking behavior. Ask yourself: is this feature or capability in the domain of risk aversion or risk seeking? For example, your product might allow users to search for something unique, and users will try it but when you ask them to do more with it, there might be risk aversion to it, and user adoption will stall. So, a lesson here is to make the key behavior you want as appealing as possible to risk-seeking users. Don’t hide it beneath other usages, because your spikes in adoption will be followed by rapid drop-offs in further engagements by risk aversive barriers.

On your website and sales communications, highlight loss words, such as competitive threat, exposure, risk, vulnerability, missing out, when you want to move your prospects off the status quo. Remind them of what they are “missing out” on, versus what they could be gaining.

In summary, anyone with a new product/service faces the challenge of user adoption from the minute they have something available to show the market. Numerous theories and best practices exist to guide you through the various tactics and strategies for getting users to adopt your product, but understanding prospect theory is critical in figuring out the initial target segments to go after, so you don’t spin your wheels with the wrong ones.

As a startup, I urge you to memorize this sentence and understand its meaning:

Find your risk seeking segments of users (and there could be several of them), and you will get easier adoptions for your product.

Accelerate Your Startup: Tuning the Engine