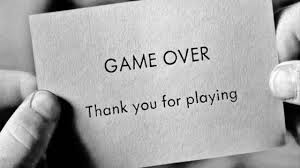 Technology is this amazing thing that keeps changing, and within these changes, it changes us. But amidst all the ongoing waves of technological innovation, there are typically lots of small changes, coupled with a handful of big changes. While small changes are like the individual trees in a forest, the big changes help us to see clarity through the fog of the future, as they reveal new fields where a new variety of crop and trees blossom.

Three such big changes come to mind. The decentralization of Money, Trade and Applications.

I’ve said this before. Bitcoin is not just money on wings. It is wings for any money. Bitcoin’s blockchain offers a better network for moving money around, whether it is cryptocurrency or not. The biggest innovation behind Bitcoin may well be its network topology, not its currency. For the first time we have a globally overlayed financial network that is publicly available, and not owned or operated by the big financial institutions, like SWIFT or FIX. Money movements and multi-asset trading settlement and clearing can operate on blockchain-enabled networks, a lot more openly, and more “swiftly” than on the existing global networks.

E-commerce has brought the power of buying and selling anything via the Internet, and we are getting accustomed to buying and selling via powerful central e-commerce hubs. But as big as e-commerce is today, it has only made a dent into the global trade (about 6%). What if peer-to-peer commerce opened a new untapped market for e-trade around the world that could touch people who didn’t previously partake in the first wave of centralized e-commerce? What if there were no centers, or less centers, and all the activity, inventories, products, and services were evenly distributed, allowing anyone to discover them and engage in trade, without barriers, fees, or artificial regulations? The essence of that vision is actually embedded in the emerging standard e-trade protocol OpenBazaar. OpenBazaar will allow anyone to directly jump into peer-to-peer commerce by embedding information, trust, contract terms, payment and transaction processing inside single “smart containers” that know who they are, who manages them, and what they need to do.

Back to history, the mainframe brought us centralized computing when IBM introduced its first model in 1964. A few years later, mini-computers distributed that computing, but with less power. Then, client-server chopped it up by mixing and linking distributed networks of mini computers, coupled with less powerful workstations. Personal computing brought everything closer to the users. About ten years later, the Web mashed-up PC and client-server into a Web architecture where PC-based clients processed some code locally via Javascript, but interacted with web servers. With the blockchain, the latest evolution for writing software takes another step towards increased decentralization via a Web3 architecture, implemented by Ethereum, and focused on writing a new breed of decentralized applications, called DApps. A DApp can be viewed architecturally as being similar to a traditional web application, with one difference: the programs run smart consensus logic on the blockchain’s virtual machine code, and client-side code runs in a special client software inside the browser.

What is common to these 3 waves is that underlying each one of them lies a Protocol, as a key technical and organizational enabler.

Protocols aren’t just about connecting computers or technical stacks with one another. Protocols facilitate peer-to-peer relationships between autonomous entities, and decentralized protocols can take this to another level of depth and breadth.

Protocols rely on a key concept of layering, allowing data to find its way into the right application. Protocols are meant to be deployed over networks, and therefore they touch other entities laterally at the peer-to-peer level, and not only as a vertical stack. Newer protocols that specifically promote decentralization have a wider wingspan and reach new types of networks that overlay on top on the Internet. The end-result is a new generation of market players that might compete with the incumbents who are holding on to currently known web models. 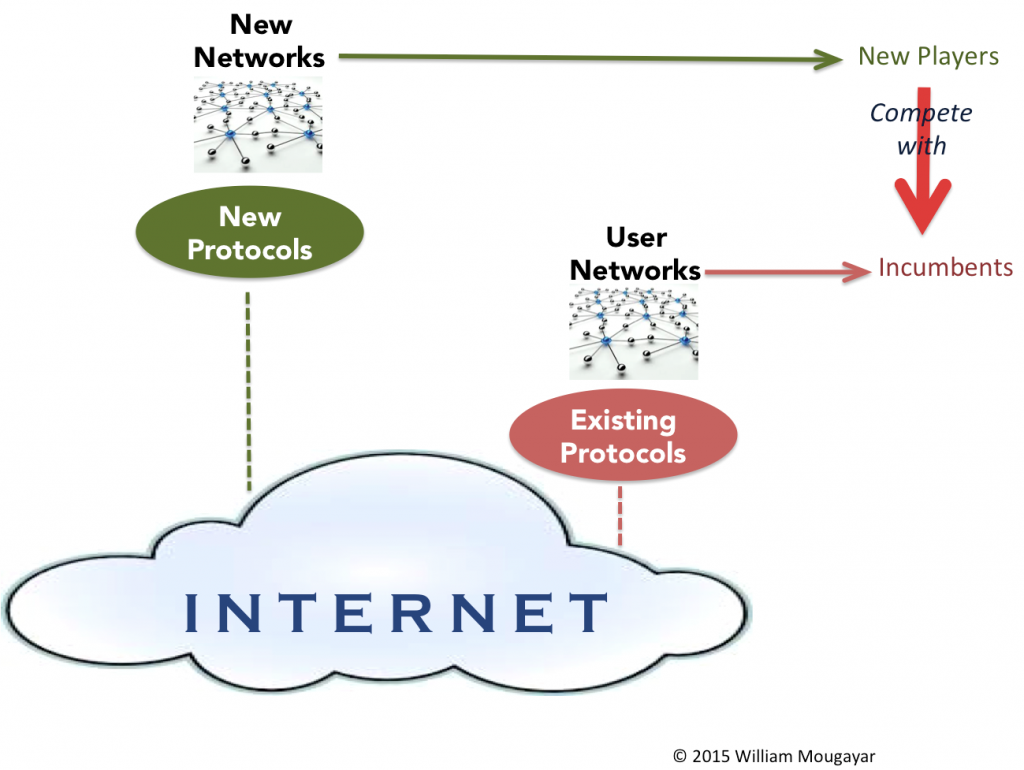 Therefore protocols are not just a software development enabler, but also as an enabler for business, and societal change. Protocols contain a political or philosophical message in addition to technical code. The 3 types of new protocols mentioned above are different than previous lower level technical protocols we know (e.g. IPv6, TCP/IP, SMTP, HTML, etc.), in that they are a little higher in the “stack hierarchy” sense.

Protocols are important because they are powerful. Protocols embed complexity but imbue simplicity. Protocols have relationships with the underlying networks, but they in turn create other networks on top of that, based on the protocol itself.

All these changes are based on the Internet as the underlying network that serves everything, but new user networks get formed on top of it. Protocols empower users, developers and all participants beyond the layers of the protocol itself.

Enabled by the blockchain, there are some other new protocols that are in the making and have potential, but they may not be as developed, matured or propagated yet:

Decentralized protocols are going to be very important in the future, and I plan to continue writing about their impact.

The protocols they are a-changin’.

And if you are reminiscing about that good old song, here’s a video of Bob Dylan singing, The times they are changin’ in 1964. He will always be right.

[Disclosure: I’m an investor and board member of OB1 (the company leading the development of OpenBazaar), a board advisor for Ethereum, and an investor in Bitcoin companies.]
Previous Story

A Vibrant Startup Ecosystem Needs a Stream of Activities, Not Just a Burst of Events