“Anyone can steer the ship when the sea is calm.” – Publilius Syrus, Roman author, 1st century B.C. 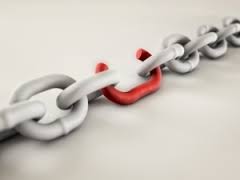 I’ve been wrapping my head around the current Bitcoin block size debate, and the proposed Bitcoin XT hard fork.

Anyone following the online discussions could get easily wrapped-up in the technical pros and cons of the size increase, including the various methods to implement it. For background, here are 2 good summaries of where we are at, Everything You Need to Know about the Proposed Changes to the Bitcoin Block Size Cap, and What is the Bitcoin Block Size Debate and Why Does it Matter?

Depending on how you see it, you might think that the Bitcoin community is airing its dirty laundry in public, and that’s bad; or that the openness of the debate and positions are a healthy indication of decentralized decision-making and open-source processes in action, and that’s good.

Andreas Antonopolous has suggested that the drama will subside and everything will be fine, but I think the drama is the issue, and its negative effects cannot be ignored. Aside from the price of Bitcoin going down during this brouhaha, the level of uncertainty about Bitcoin’s future has risen. So many undesirable scenarios could take place, and they may not all be so orderly.

In my opinion, the current turn of events is a symptom of a governance and leadership crisis that is ailing Bitcoin. The fact that the current divergence of opinions is so loud but not so clear, and the fact that a forced, surprise event (hard fork proposal) has happened is not a sign of good things to come.

The issue is beyond just the control of the software release process.

What has happened is that the core engineers could not reach a sensible consensus. Instead, they stalled with a deadlock. But typically, a deadlock can be broken via mediation. So why didn’t the core developers invite independent mediators to arbitrate according to a formal process, once it became obvious that their blogging, forum discussions and Twitter tirades were not getting us anywhere?

Granted that the forced forked has raised the priority on the need to push the experimentation around the various scaling options as soon as possible, and this is a good thing. But I don’t fully buy the argument that one side has “gone rogue” and “cannot reform”, as a justification for a rebellion manifesting itself as a hard fork. This isn’t just about the core developers agreeing. This is about the future of a cryptocurrency ecosystem that has captivated the world, and carries with it a lot of expectations and high stakes. This isn’t just any open-source project that is forking. This is potentially the future of a new financial system, and the birth of a new applications development paradigm.

Maybe the current core developers model of governance which we started with is not suitable anymore for the future evolution of Bitcoin, especially that some of them are acting like prima donnas. I would expect the Bitcoin core developers to have the integrity of a Supreme Court judge. Instead, I feel compelled to cross-examine them in the presence of a jury in order to get to the bottom of it.

A hard fork is a serious thing. It isn’t an orderly walk in the park. We are in the “not in Kansas anymore” territory. So, we must understand the potential consequences of this hard fork. It sets a potentially dangerous precedent, and it indicates that Bitcoin is still the Wild Wild West, sadly.

Some are saying this is a coup. Others equated it to the passengers wanting to switch planes. To me, it looks like a rebellion within the core group of engineers who were entrusted to lead us. Instead, they disappointed us.

Regardless of the outcome, some psychological damage has been done. Hard forking always has unexpected outcomes.

Crisis in Leadership is Real

The reality is that Bitcoin has a lack of governance leadership. The Bitcoin Foundation was supposed to be that trusted umbrella organization, but since their falling out, no one has stepped-up, and we are now seeing the results of that vacuum. We are seeing that Bitcoin Core developers were not able to self-govern harmoniously on their own.

It is primordial to have the right kind of governance. As blockchains mature and propagate, higher standards will be expected of them. For example, today, Ethereum has a more stable governance structure than Bitcoin’s, after its recent Foundation Board announcement.

What is mind boggling to me is the convoluted composition of the Bitcoin core developers group, where the source of this dispute is evidently emanating from. The current cast of Core developers is a collage of 5 engineers with Commit access and 5 others with previous Commit access. What is strange about this eclectic group is that some of them are funded by various organizations, others work for, or are affiliated with diverse Bitcoin related startups, and many of them have side projects, some pieces of which might be competing in the future with some part of Bitcoin’s blockchain. This is insane, and I don’t know why we continue to accept such as precarious arrangement, which was due to break at any point, as manifested on August 15 2015 when the Bitcoin XT hard fork was announced. What kind of neutrality is it when you work for another company or your salary is paid by companies whose own interests may conflict with the core direction of Bitcoin?

I cannot figure out anymore the real integrity of the various arguments, although each developer has proposed some good ideas, and the best solution is most probably somewhere in the middle of all of them. But no one has been able to draft a Bitcoin Improvement Proposal (BIP) that melds the various ideas into an acceptable consensus.

Why can’t we have a set of neutral core developers that don’t answer to anyone but the Bitcoin constituency they are meant to serve? Why can’t we find a stable budget that funds a real organization to continue maintaining and improving Bitcoin without any shadow of the doubt on their work?

Maybe we need a more diversified representation for governance related decision-making and direction. This isn’t just about developers and miners leading us to choose based on their political or economic allegiances which can easily taint any technical interpretation.

I believe that Bitcoin has grown enough that its future should be decided outside of a strict technical forum.

What Bitcoin needs is stable funding for core development, and expanded oversight on its future.

Why not fund a core team of people, including developers and others, and roll them into an independent non-profit organization that has credibility and neutrality. Why not skim 1% of the $400-600M transaction fees and fund a stable organization?

What if there was something like a Bitcoin Assembly of sorts that included a comprehensive array of stakeholders that provided guidance and arbitrage during difficult decision-making moments?

The kind of coup or rebellion we need is a governance one, not technical bickering over a hard fork.

In my opinion, Bitcoin must remain strong and united, in order to instill more confidence in it, and especially as it hopes to continue infiltrating our economy and organizations, and grow its popularity among regular consumers.

Bitcoin is supposed to be that model of a decentralized organization that can take care of itself, reach consensus, and keep growing happily thereafter. Seemingly, all was good, but it is in the rough seas that the resiliency of the ship and captain are tested. This is a critical crisis for Bitcoin. How it emerges will either reveal its weakness or extol its eternal strength.