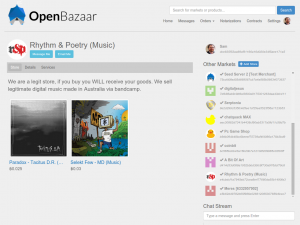 It is my view that there can be a successful company model that rests on an open source protocol, and that is surrounded by a vibrant ecosystem of developers and value-added services.

That is the genesis of the OpenBazaar model, as they push us forward towards a future of decentralized, peer-to-peer eCommerce.

Open source software models have been around for a while, but they have been hard to monetize, at least until the actual business model gets finally figured out. But there is a lot of room for innovation, both at the business model level, and in terms of the outcomes of such organizational configurations, especially due to changes in the nature of stacks, advances in implementing decentralization, Bitcoin and blockchain technology.

To date, there is no standard protocol for trading goods and services online, nor is there an open, global network to share information about those goods and services. Enters OpenBazaar who finally creates a protocol and network that is free and open for all.

What is a protocol?

I like this definition by Alexander R. Galloway in his book, Protocol: How Control Exists after Decentralization: “Protocol is a system of distributed management that facilitates peer-to-peer relationships between autonomous entities.”

In life, we take some of the existing protocols for granted, but some magical things happen when they are being followed. For example, traffic lights are the protocol for orderly movement of vehicles on the road, restaurant reservations are the protocol for getting seated at a table when you arrive, a grocery store’s queue is the protocol for a successful checkout, and airport security checks are the protocol for disallowing dangerous goods or people from boarding planes. We see protocols everywhere. The field of computer engineering is full of technical protocols that are essential.

One way to look at the OpenBazaar protocol is that it bridges technical capabilities with business necessity. It sits nicely between the Internet and Bitcoin on one side, and user, business and societal needs on the other side.

Here are its key characteristics:

As a platform, it consists of the following elements: 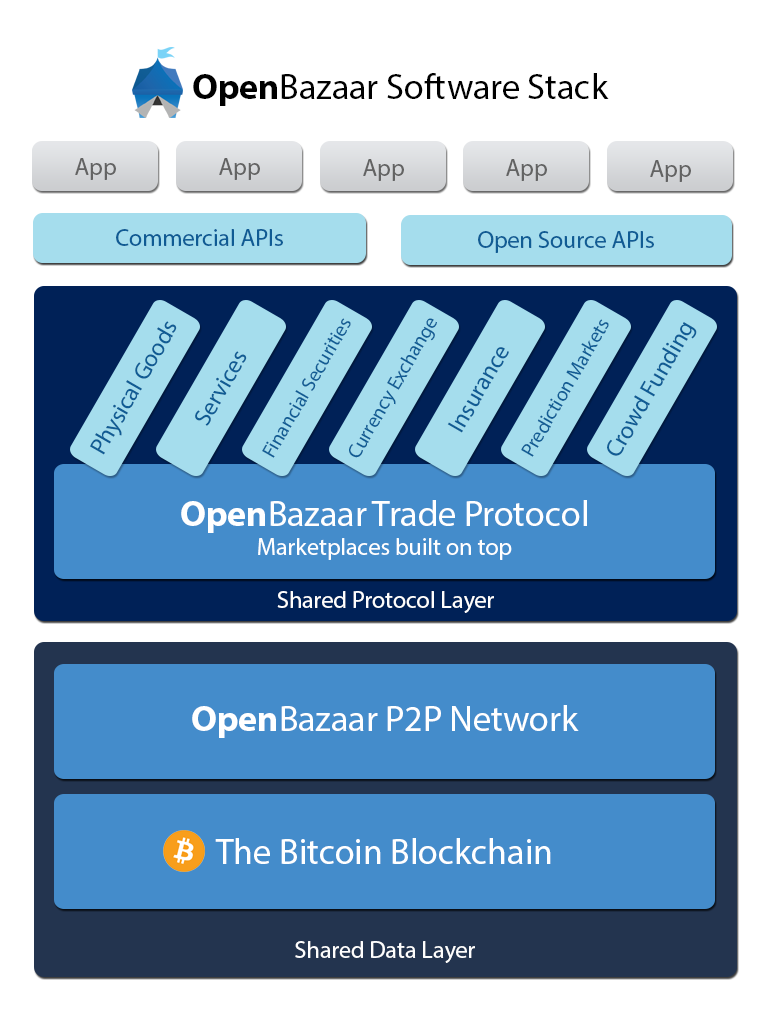 In simple terms, here’s how it would work (and this isn’t the only possible configuration):

If we fast forward into the future, I believe that the OpenBazaar promise has the potential to change how we conduct global commerce in the future. Once the network and contractual infrastructure is in place, and via the strength of their community’s ecosystem, the possibilities are there.

From the get go, OpenBazaar has an unfair advantage. It will be the first large scale eCommerce network that is solely based on a single universal currency: Bitcoin.

With that long introduction in mind, I am excited to be participating in their inaugural round of financing alongside Union Square Ventures and Andreessen Horowitz, and humbled by the privilege of a first row seat into their amazing laboratory of innovation. Given my previous history in eCommerce (I wrote the book Opening Digital Markets in 1997), running PeerIntelligence in 2001, and more recently via my Bitcoin and blockchain work, the OpenBazaar represents the ideal intersection of my three interests: ecommerce, peer-to-peer, and Bitcoin.

For background, the origins of the OpenBazaar project was DarkMarket, a winning entry in a Toronto hackathon in April 2014. Incidentally, I was in that room when they presented, as part of my involvement with the Bitcoin Expo. Following the release of the source code on Github, the developers of DarkMarket decided to discontinue the project. A few days later, Brian Hoffman forked the project to continue development. Brian renamed the project to OpenBazaar, which reflected a shift in vision to create a free and open marketplace for all goods and services.

Since April 2014, we’ve seen OpenBazaar change substantially from the original DarkMarket project. Only a small amount of the original code remains, and the majority of the features have been built by the OpenBazaar community, and is rather focused on fostering legitimate trade.

It is interesting to note that the founding team members of OpenBazaar had been thinking independently about the same problem, and their coming together brings a lot of intellectual and technical power to the project. Open, peer to peer commerce is as much about an ideology, as it is about a creative implementation of the Bitcoin blockchain technology.

The OpenBazaar vision is real, because it is already being followed by a growing network of 1,400 developers worldwide, and it is generating innovation via a number of ecosystem partners and services that will be unravelled in the weeks and months ahead. Their ecosystem is advancing in lockstep with their core development and that’s a good thing.

Please join me in wishing OpenBazaar and their community good luck as they take a leap ahead. Their ambitions are big, but so are the opportunities ahead for them, and for the future of global commerce.

You can read about the funding announcement on their blog, OpenBazaar is Entering a New Phase with Funding.

Most importantly, if you are a developer or an entrepreneur with ideas, you can get involved by contacting them directly at project@openbazaar.org.