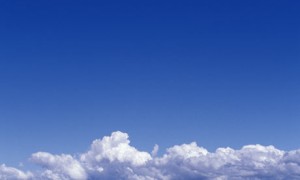 With BPR, Information Technology was the catalyst for change. But when the commercial Internet came along in 1994, I saw it becoming that new catalyst even more than reengineering, and not only within corporations, but also globally, across organizations and between people. [that is the reason why I left HP in 1995]

For background, one of the grand realizations of BPR was to break-up processes that resided inside corporates silos, and replace them by better ones that spawned across departments and functional areas. Basically, these new processes (that were aligned with the company objectives) trumped existing processes that were obliterated and replaced by the more significant ones. And a new concept emerged,- that of a “process owner” whose job was to ensure the new process was well designed, deployed, used, and bearing its promised fruit.

Keeping with its reengineering promise, the Internet has been changing a lot of our world since 1994, but as we enter the third decade of the web’s commercialization, maybe there is even more impact that we need to expect from it.

Today, I see three areas where the Internet’s impact is going to continue to increase:

1) Industries & sectors that have not been totally affected yet.

So far, the Internet has hit or missed industries and sectors with varying degrees of depth and consequences. Some of the obvious industries that have not been significantly affected yet include: education, agriculture, healthcare, telecommunications, and financial services. These are huge industries, and their unbundling has just started.

2) Messes that were created.

The Internet was not planned, but it just happened. The resulting effect was an imbroglio of services, and some messy overlaps with marginal differentiation, competing for our attention. Typically, market supply/demand dynamics take care of winners and loser. We are starting to see second attempts at Internet businesses that didn’t get a first chance in its first decade, but getting it now in the third decade, such as home grocery deliveries, pet sitting services, or locally-enabled shared services.

The new incumbents are the existing Web companies who will become more vulnerable due to the shifting effects of new technologies that underlie their business models. Of course, technology alone isn’t enough, but technology will enable putting in place some compelling new services that will facilitate the switching of allegiances. On the block, companies like eBay, Amazon, UBER or even Instagram might see some challenges ahead, especially with the advent of new decentralization stacks.

In order to complete this picture, we need to look at the disruptive technologies that are the new catalyst candidates for this new wave of innovations. Some of the ones will include:

With BPR, “automation” was the proverbial word, and IT was the enabler. Today, the Internet is the new IT, but is there a better word than automation? Automation is powerful, but yet it is an archaic word that brings connotations of early industrial age manufacturing practices. Now, we are getting really good at deriving information intelligence from data, as we process, analyze, parse, un-bundle, and re-bundle new sources of data in order to derive new products and services. Today, we are in the Information Age, so why not choose another relevant word that’s more closely aligned with the power of information?

We are entering the third decade of the Internet’s commercialization, so why not expect a lot more from it?

Why Some Business Models Are Better Than Others