Focus Your Startup Marketing on the Mind, not the Product 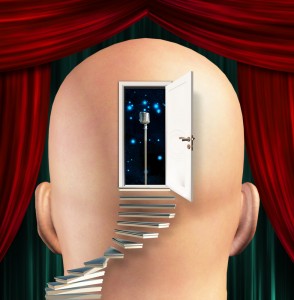 Here’s a classical situation that some very successful consumer startups are finding themselves in. These companies are growing users like crazy, with 5, 10, 40 million or even 200 million users, but they are not growing their brand awareness as much as they should be.

Your user growth is giving you a false sense of success, because user growth alone is not enough to let you become a great company. Simply put, high user growth doesn’t equal high market awareness or valuation.

As a startup, you need to grow your brand in the eyes of the market, specifically targeting the market that you haven’t reached yet. Therefore, you should never be content with viral growth, organic growth, referral growth, or any type of quantitative growth, even if you are adding 250,000 users per day.

As a new company, if your mindshare isn’t at least 100X your market share, you are leaving a lot of your valuation premium potential on the table.

This means that for every new user you get, there would be 100 other potential users that have heard about you, but not tried you yet.

I call this the “top restaurants” test. Ask yourself to name the top restaurants in your city, and I can guarantee you will name more restaurants than ones you have been to, just because you have heard of them. The ones you haven’t been to yet are probably “on your mind”, and you are constantly thinking about going there one day. For those restaurants, their marketing job was well done, because, via some awareness magic, they were able to become noticed by you, and they lodged themselves inside your mind, triggering constant thoughts like: “I’ve got to try this restaurant soon.”

A “top startup” is the same as a “top restaurant”. Their mindshare must be everywhere there’s a potential user or customer that fancies trying them. A recent example is Meerkat, whose mindshare has just exploded, perhaps at a x1000 times factor over its usage market share.

How you achieve more mindshare than market share is a direct function of your marketing shrewdness, and is the result of your ability to create a narrative that captures the imagination of the market, way beyond your existing reach.

I’ve already covered the importance of narratives for startups in The Power of Pull for Startups. You need to build on that concept in order to capture the imagination of your full market potential.

And by not doing great marketing, I can guarantee your market valuation will not have a good premium.

The turning moment for having a significant market pull (which leads to higher mindshare) is when you stop thinking about what your product does, and start focusing on your company’s positioning in terms of how it is pulling prospects towards you.

Your Positioning and Narrative Are Related

When I ran Engagio in 2012, we had a strong narrative that captured the imagination of many more people than we had users. We were written-up in unsolicited ways on a weekly, and sometimes daily basis. We counted 103 stories over the initial 12-months of our existence. In fact, during December 2012, we were mentioned or featured in 21 web or print articles, almost one per working day. That didn’t happen accidentally, but it happened because we articulated a company and product story with many open ended angles, and the narrators provided their own conclusions and analysis.

Let’s look at some examples by reviewing the positioning evolution of 4 startups that have a powerful narrative to their story.

You will notice that these companies became obsessed with simplicity and clarity. Their websites carry simple messages that are easy to get inside the mind. They are not product-focused, but mind-focused.

UBER became more than getting a taxi ride.

Airbnb became more than sleeping on a stranger’s couch.

Dropbox became more than storing your files in the cloud.

If UBER, Airbnb, Snapchat or Dropbox hadn’t come out of their cocoons, they wouldn’t be the premium brands they are today.

Sometimes you start with a great narrative, and sometimes you start with a great product, but sooner or later your brand positioning should become intricately tied to the narrative that your company is generating. That inflection point directly translates into an incredible brand power for your startup, which will result into a market valuation premium, and all the other benefits that come with it: attracting top employees, opening doors in the market, new users growth, easier financing, etc.

If you are lucky enough that your product has a lot of users, but you’re feeling that your brand deserves a higher awareness in the marketplace, then I’m willing to bet that one or all of the following statements are true:

So, stop looking at what’s under your nose and start looking out the window.

Who you were and what you are today are two different things. If your marketing is too product-focused, you need to evolve beyond it and start inspiring a larger market with a positioning narrative. When Starbucks started to break away as a global brand, they didn’t get there by claiming to have the best coffee (because they don’t). They positioned themselves as this “third place” you go to, not your home, and not your office.

Start casting a net over the market you don’t have, and that will get you a higher mindshare. Do it with a compelling narrative, and suddenly, your mindshare will continue growing and pulling your market share to higher grounds.

An Open Letter to YC Founders on Demo Day Eve