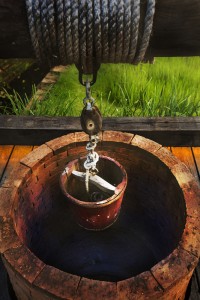 When thinking about how viable startups begin their lives, maybe we should forget market size, and think problem size.

The old cliche that you should look for the size of a given market is an obvious one, but I think the “size of the problem” might be a more important precursor signal to market size.

So, the key question becomes: Is the problem you are tackling big enough? (instead of: Is the market large enough?)

The reality is that few markets really start by being big when they are initially discovered. They start small, or they are created.

Thinking big from the outset is good, but that is no guarantee for ending-up with a big market. If the problem is big enough, or if it grows to become large, it will lead you to a large market.

So, do you find a problem in a small market that can grow big? Or do you find a large market and change the nature of the problem?

Sometimes, you’re going into an established large market, and in that case, you are trying to displace existing players, but you are typically doing the disruption with a new type of product (perhaps based on a different need you see). So, you enter that market differently than existing players previously did, and while you face initial uncertainty about your success, once you wedge yourself into it, the market opens up suddenly.

UBER wedged itself into a weakness in the taxi dispatch system- ease of scheduling a taxi from a smartphone, and allowing any decent person to drive a car. Then, they wrapped the whole thing with a layer of trust and ease-of-use. For UBER, the problem they initially set to solve turned out to be a much larger problem that was disguised with layers of regulations and monopoly practices. In fact, their solution is now a standard and makes anyone else’s look like they have a difficult problem themselves.

Or, you just create the problem yourself, and provide a solution to it.

Facebook started by exploiting our human need for connecting with friends and being the recipient of what they felt like sharing. Then, they created the “newsfeed” to keep us occupied with a stream of photos, news and comments. By creating the feed, they also created the market for advertising on the feed, and by coupling the knowledge they have about who we are and what we like, they offered a pretty good product to advertisers. Now Facebook owns the solution to the big problem that advertisers face, which is to be coupled with the right audience, at the lowest possible price, and the highest returns on their budget.

Sometimes, you solve a known problem with a new solution.

Since the early web, search was a problem, and it was actually somewhat manageable via a directory approach (Yahoo’s initial foray in search). But web search became increasingly unmanageable until Google came up with PageRank, a way to sort the mess behind the information being published, and another way to find your way inside that mess (search results), and a third way for advertisers to wrap themselves around the search results. Google knew about the problem, analyzed it, solved it partially, and exploited its remaining weaknesses.

Other times, you solve an unknown problem, and it opens a new market.

Airbnb exploited a need we didn’t know could be addressed. We didn’t know we could earn extra income from unused home spaces so easily. But Airbnb understood the problem well enough, that they were able to provide a credible solution for it.

The need and the problem are two different things. There may be no need for something, but you can create a “wanting effect”. How come we didn’t feel the urgent need to post pictures about ourselves 5 years ago, and now it’s an accepted trend (Instagram and selfies in general). Snapchat suddenly catered to young users’ preference for ephemeral media.

Also, you could solve a big technical problem, and that can lead to a new market too.

Satoshi Nakamoto, the “father” of Bitcoin solved the Byzantine Generals double-spend problem, and that unlocked the whole Bitcoin market in a big way.

You know the old saying- “a solution looking for a problem”, i.e. when the problem you’re supposed to solve isn’t so obvious? If you’re being asked that question, you need to rather think if a “problem is looking to be better understood”.

A deep understanding of a problem can lead to insights which allow you to develop a better and more elegant solution than what already exists. And there is great defensibility in that.

You can either create a new problem, and then exploit it by creating a native solution for it, or you can find a small problem, and make it bigger by serving it well.

Problems and markets are like wells. Sometimes they are dry, and sometimes they are flush with water for years to come. But you will never know until you dig deep enough to find the water tables underground.