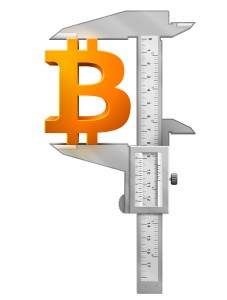 I’m stepping-up my writings about the blockchain and its implications. It’s a fascinating topic that marks the beginnings of a new Internet era. And I intend on continuing to explore its understanding and implications.

My plan is to publish most of it here on this blog, but I will occasionally publish elsewhere to spread the word and reach more people. In the past 3 days, 3 new original articles I wrote were posted elsewhere, and I’m posting a synopsis of each here.

But first, here’s a quick jump to 14 Bitcoin Blogs You Must Read To Achieve Bitcoin Enlightenment, compiled by Bobby Ong at Coingeckco. It’s a good list, and I’m on it, along with Vitalik Buterin, Fred Wilson, Chris Dixon, Joel Monegro and others. Too bad there are no women yet on that list.

After The Social Web, Here Comes The Trust Web (Techcrunch)

The main point in that article is- we are entering the “Trust Web”.

Trust is shifting from humans and central organizations to computers and decentralized organizations with an underlying decentralized consensus that governs them. If the social web dominated the period of 2004-2014, the next 10 years might as well belong to the Trust Web.

How the Cryptoconomy Will be Created (Forbes)

“You never change things by fighting the existing reality. To change something, build a new model that makes the existing model obsolete.” – Buckminster Fuller

Buckminster Fuller’s quote frames it very well. There are new emerging forces, and although Bitcoin looks like it’s about a financial revolution, I think it will have a hard time going head-on with the existing financial systems and regulators who would rather see it go away. Instead, why not trying to “surround the ghost” by making Bitcoin and its derivate platforms strong in a variety of non-financial applications where the field is open and has less resistance to change. By doing that, we will make cryptocurrencies stronger, and suddenly they will be a viable alternative that will slowly chip away at the current financial powers.

Here are the key points from a Tweetstorm [link], extracted as bullets:

The 3Ps of the Blockchain: Platforms, Programs and Protocols (O’Reilly Radar)

I love that title, as it says it all. I’m seeing 6 categories so far, and I’ve updated the previous segmentation I covered in The Crypto-Tech Platforms Landscape via a Network Effects Lens.

In a perfect world, we would have a single blockchain and a single cryptocurrency. But that doesn’t seem to be in the cards. Bitcoin is still the big kahuna, and it is interesting that its platform is both competing and cooperating with others. Also, the lines between protocol and platform are sometimes distinct, and sometimes they are not.

Just when you thought you understood the concept of the blockchain and its role, now you need to take a deeper dive and evaluate the various choices.