Why Bitcoin’s Price is Irrelevant to Its Success 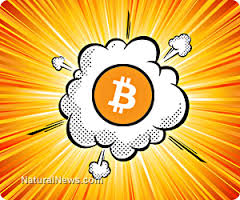 The last thing Bitcoin needed was a continued frenzy into higher valuations. I’m not going to justify Bitcoin’s recent price drop with technical trading intrinsics, because that wouldn’t be an insightful way to understand it.

Rather, there is one thing I know- Bitcoin’s price had been growing beyond its promised expectations to deliver something useful to the masses, and not just to the currency speculators. In other words, the gap was widening between its promise and its delivery.

There are really two basic things that Bitcoin needs to do:

1. put more bitcoin with users
2. get users to USE it

To tackle #1, whoever thought that a Bitcoin price of $1000+ per bitcoin was going to entice users to convert their fiat currencies in masses was delirious. Actually, high prices prevented users from getting into it, despite bringing joys to the few that bought it at much lower levels.

And tackling #2 consists of two parts: 1) using bitcoins as a currency equivalent to pay for something, instead of with fiat currency, 2) using bitcoin-enabled services that are built on top of the bitcoin and blockchain technologies, i.e. delivering on the “Internet of money programmability” promise.

But today, in reality, the majority of Bitcoin-enabled services are basically still in the oven, in the labs, in development, or in the works. It means they will take longer to get realized. So, why should Bitcoin’s price be so high while Bitcoin-enabled services have yet to come to life? This is like having a wonderful new paradise where the blueprint and sketches are really attractive, but when you want to book your ticket, or buy some land, you realize the prices are totally out of reach, and very few people end-up going there, despite the theoretical attractiveness. Then, developers start pulling the plug on their projects because not enough prospects are coming to check out what they are building. A similar scenario was looming on the Bitcoin horizon, and thanks to the recent Bitcoin price fall, more users will be able to afford that cheap ticket into the cryptocurrency promised land.

What are the benefits of lower Bitcoin prices? For one, it gives developers some room to breathe. It gives them more time to continue developing and dreaming-up the possibilities without undue pressures on their deliveries. And two, it gives consumers a chance to start tasting the Bitcoin magic without having to fork a fortune to get into it. And these are 2 good things.

The price of Bitcoin itself shouldn’t matter in the long term, because it’s not supposed to be a speculative currency. It’s a new method for money management, money services, and all sorts of financial and non-financial transactions.

As long as Bitcoin continued to be driven by the traders and not by the users, Bitcoin was going to be at the mercy of high volatility. Rather, we need more transactions with bitcoins that are native to it. Like a Bitcoin economy of sorts, so that frequently converting in and out of fiat is not as painful or even necessary.

I think we are entering a definitive new chapter in the evolution of Bitcoin. This chapter is one where its price doesn’t matter, but rather its capabilities do. The Bitcoin narrative needs to change. From now on, we need to see less headlines about Bitcoin’s price, and more headlines about Bitcoin-based innovations and applications, along the lines of what Chris Dixon described in Some ideas for native bitcoin apps, or Adam Ludwin in Bitcoin’s Killer Apps, or the Bitcoin applications that Helloblock users are managing, or the distributed decentralized ones that will emanate from Ethereum (arguably what Bitcoin would have been if it was invented in 2014, and not 2009).

Here’s a novel idea. How about splitting the bitcoin into mBTCs (millibitcoins), and use that as the new basis for the currency? Sort of like a reset. 1 mBTC roughly equals 3 cents today. At those levels, who couldn’t afford to buy 100, 1000, or even 10,000 mBTC?

Some Bitcoin price stability is good, and a lack of volatility is like clearing the fog on its future.

Naysayers are calling this a Bitcoin crash, and the end of Bitcoin. End of it? No. Crash? Fine. Remember, some wonderful things happened after the Internet crash, and Internet prosperity ensued. Whenever the sky appears to be the limit, whenever expectations and hype take over from reality, there is reason to believe that a crash brings back some level headedness into the situation. What is the bottom? It may well be $100, a round number I pulled out of the air, but that number is more psychological than technical at this point. It would mean that a lot of people will get into Bitcoin at 1 cent for a mBTC, and that would be a wonderful thing for its future.

So, let’s hope this Bitcoin crash is a wake-up call. It may have hurt a few people, but it’s going to benefit a lot more of them in the long term.