Treat the Competition Differently, Depending on Your Stage 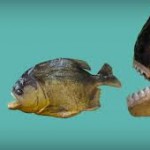 My viewpoint is: you need to treat the competition differently depending on the stage of startup evolution you’re in.

At the idea stage, you’ve decided that you will either disrupt incumbents via a new way of doing things (your product), or you will enter an emerging market that will grow with you, and where you hope to either dominate that market, or carve yourself a big enough share in it.

At this point, you may or may not be able to draw a competitive matrix (or petal diagram), and if you do, it may or may not be accurate. What is important is that a) you know how different you will be from the existing players or (future) competitors, b) what position you want to occupy in the new landscape that you see, and c) how you’ll get there, something that has nothing to do with the competition itself.

The underdog in many products…can pick and choose where it wants to hit the giant; the giant, by contrast, must defend itself everywhere.
— George H. Lesch, ex-president of Colgate-Palmolive Company

MVPs are unique beasts. That’s why defining a competitor against an emerging product or market might be a difficult thing. You are competing against is the mind share of clients/users more than against a particular company or product.

Competition brings out the best in products and the worst in people.
– David Sarnoff, founder & president of RCA

At this stage, the competition starts to get more clearly defined because your trajectory is more stable, so you start to see some patterns emerge. But it’s also possible that some companies who were competitors bifurcate into diverging paths. For e.g., about 3 years ago, Box and DropBox were much closer competitors than they are today. Box bifurcated towards collaboration over documents, whereas DropBox continued to focus on documents storage and transmissions.

You really start to grow once the market has started to define itself, and you happen to hit that magical timing window. At this stage, market education is important, so having a handful of competitors that help making the pie bigger is a good thing. But the key is to grow faster than the rest of the players in your market. This is when leaders emerge, and others get left behind. Some companies like to grow fast while being under the radar, then they suddenly emerge as a leader by showing some great numbers that validate their leadership. That’s a good strategy, if it applies to you.

The growth phase is often won via superior marketing and growth hacking over the competition.

Most of our competitors were manufacturing-oriented, generations of fine pickle makers and proud of it. We came in exactly the opposite, as marketers who manufactured [in order] to have something to sell.
– Robert J. Vlasic, president of Vlasic Foods

If you are lucky enough to have made it through the scaling stage, at this point you have a new option for dealing with the competition: you can acquire them. Facebook acquired FriendFeed early because they were encroaching on the Facebook friend’s news feed strategy. Facebook later acquired Instagram because they saw it as a mobile on-ramp into Facebook. Recently, Facebook wanted to acquire Snapchat because their users were going there, at the expense of spending less time on Facebook.

Here are additional thoughts on how to weaken the competition and strengthen your position:

Finally, while seeing a lot of competitors is ok early in the game, having too many players later can commoditize and balkanize the market to the point that it could hurt all players. That’s why sometimes VCs recognize that, and they fund a given startup in order to allow it to grow more than their competition. 3 is the perfect number of market players in well defined markets; maybe 5 maximum. Beyond that, it gets messy.

Keep your friends close, but your enemies closer. — Sun Tzu

Five Ways to Learn Nothing from Your Customers’ Feedback