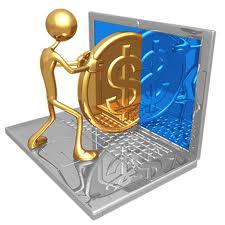 All large networks of engaged users eventually face a monetization dilemma, once the growth honeymoon is over. To monetize, they need to create a new product that is different from the free one. Their dilemma emerges when that doesn’t get the founder as excited or involved as they were with the original consumer product, because the monetizable product isn’t always as sexy, nor is it in within their range of expertise.

Finding the business model is one thing, but developing a solid product that enables its realization presents another set of challenges.

There is no doubt that Twitter figured this out in 2010, but only after they brought Dick Costolo. Whereas the Twitter “founding fathers” created the product that consumers use, it was another team that introduced their advertising products, with the launch of the Promoted Tweet in April 2010. If you want to digress a bit on that topic, read How Twitter became a money-spinning juggernaut, a fascinating account of the history of the Promoted Tweet creation.

A couple of months ago, in a post titled Don’t Confuse Growth with Success, and Don’t Delay the Revenue Model, I wrote “A product that gets users isn’t always the product that sells”. I see four typical outcomes:

a) the founder(s) is replaced by a more operationally oriented CEO who isn’t as emotionally wedded to the original product (e.g. Twitter).

b) the company is sold to another one who could monetize it better (e.g. Tumblr).

c) the company flounders even with a large network (e.g. MySpace).

d) they keep trying to find the business model via experiments.

SaaS model or freemium products are exempt from this dilemma, because the product that gets used is the same one that users eventually pay for. For the d) category, I compiled a list of advice for companies that are trying to figure out the revenue model with the right monetizable product.

Just as your original product required a strong vision (usually the founder’s), the paid products also need to be lead by a product manager. They will have their own roadmap and product evolutionary steps. Take the same product creation diligence as you did for your original product.

2. Get an Expert in the House

If your monetizable product is advertising-based, and you’ve never run an advertising network, nor been part of the advertising industry, then hire someone with that experience. The ad-tech space is undergoing a lot of exciting changes and metamorphosing itself, but it’s treacherous waters. There are too many players. Shake-outs and consolidations are imminent.

A common practice is to call these new revenue products “experiments” to minimize the signalling of failure if they don’t work out. But if you’re experimenting, you might as well make bold experiments. Don’t make small experiments that won’t scale or extend all the way. In the case of Twitter, their early experiments with the promoted tweets were totally expandable across all of Twitter’s user base and potential customers, because the experiment was wrapped around their atomic unit of value, the tweet. The more users they had, the stronger it made their Promoted Tweet product, because it was performance-based. Experiment to leverage your core, which is unique to you. A mistake I’m seeing is when the experiment targets only a subset of your market potential, while it will take you a large effort to roll-out. Yet, it doesn’t fully scale.

4. When It Works, Scale it Rapidly

Related to #3, the idea of the experiment is to be able to scale it as quickly as possible. The scalability plan should be part of your product roadmap.

5. A Data Scientist is Not a Product Manager

With more users come more data, and with more data comes the challenge of being able to make sense of it all. So, companies are starting to hire “big data scientists” or statistical experts. But they are not product managers, nor developers. This means they aren’t the ones that are the best qualified for creating a viable product. “Data science” is part of a product, but it doesn’t drive the product’s requirements. This post Notice to startups: You are doing data science wrong does a great job explaining the difference.

6. Diversify and Extend the Product

When the first monetizable product is working and generating revenues, you need to think about extended or additional products. Any startup that has become successful will have multiple products. Twitter now has 3 Promoted Products: Promoted Tweet, Promoted Account, and Promoted Trend. Google has dozens of advertising products and units. Facebook had 27 advertising products, although they are scaling back on that number. Zynga has 33 games.

There is no successful organization that doesn’t have a strong sales leader. I personally don’t like the use of the word “revenue” instead of sales, e.g. president of revenue, or head of revenue. I understand it is used when the product generates Web-based revenues. Regardless, the head of sales becomes a key person.

Surprisingly, some companies forget to market their monetizable product, as they keep focusing on the free consumer product. If you’re a business, you’ve probably heard now of the Promoted Tweet, just as you know about Google AdWords. You need to create awareness for that new product, and make it rival your original product’s share of your prospects’ mind. The only difference is that it’s targeted at your business customers, not consumer users.

The above steps may sound obvious, but they aren’t easy to implement. A key factor is the founder. If they are self-aware of their limitations, and act accordingly, the monetizable product will be easier to get hatched.

The Power of Pull for Startups