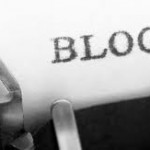 Ryan Hoover (product director at PlayHaven, and founder of Startup Edition) had an insightful post, Five Successful Startups That Started As Blogs. He talks about how Mattermark, Silencer, Groupon, App.net and Ghost got started merely via a blog post or series of posts that went viral, struck a cord with and audience, and prompted their founders to start a company around it.

Ryan says “blogging first” is a “viable tactic” that lets you validate your ideas with your audience by gathering early feedback and refining your targeted segment accordingly.

Two weeks ago, Rand Fishkin had a parallel set of advice on his Moz blog, via a post titled “7 Unlikely Recommendations for Startups & Entrepreneurs. His advice appeared a little unconventional at first sight, but if you don’t have a product yet, Rand advises to consider doing “Marketing First; Product Second”. Rand continues:

“If you build a great product and find that the market you thought would love it isn’t biting, you’re up a creek…But, if you build a marketing machine first,… you have a captive audience that’s returning again and again because you’re producing something of value (usually content, thought leadership, educational resources, unique data, or free tools).”

Of course Rand knows what he’s talking about, because he admits that “Moz was built on the back of a blog”. They literally had no product for the first 18 months, but Rand was able to assemble an impressive audience of 10,000 marketers who were reading the blog daily, and that was critical in guiding him to get the first product off the ground.

According to Rand, other companies that were also started that way include Copyblogger, 37 Signals, Dribble and Maptia.

AngelList also started that way, with roots in the VentureHacks blog that Naval Ravikant and Babak Nivi ran.

Also, Adii Pienaar (founder of WooThemes) is a prolific blogger from South Africa who used his blog to germinate his second startup, PublicBeta.

My friend, and wine and marketing blogger Arnold Waldstein started theLocalSip, a wine store tasting venture after the idea grew from his wine blog that later became theLocalSip’s business blog.

In hindsight, Startup Management also falls under the same category. It’s mostly a blog that is building an audience, and we’ll see where it leads.

Planning the Accident Has Benefits

Talk about the rise of the accidental startup as an emerging pattern, with blogging as its enabler!

If there was a pre-MVP stage, it is the Blog. And Rand Fishkin thinks it might even lead you to an Exceptional Viable Product (EVP), i.e. a better MVP.

This is like doing Inbound Marketing in reverse, because you are building the audience before the product. The other side benefit is you will already be an inbound marketing expert by the time your product is out, and that’s great for attracting customers and users.

If time is on your side, start blogging early, and expose yourself and your ideas to your potential market. You don’t know where it might lead you. Even if you don’t have a team, maybe your vision will resonate with someone out there, and they will reach out to you. Before you know it, you might start building a company with a team around it.

Being Different with your Marketing Thinking