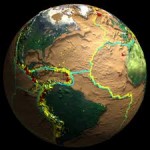 the offline in big ways, not just at the individual level, but at the collective level, locally, at the state level, nationally or even globally.

As these effects gradually move from the individual to the networked individual, peer-to-peer networks start to form around common ideas, and MONUMENTAL change starts to happen.

Having built and operated Engagio, a social conversations platform and being myself a prolific online conversationalist, I saw that online social conversations were spurring real debates which were being translated into real action. We witnessed the effects of anti-SOPA/PIPA online activism defeating the traditional lobby via the groundswell of online uproar, lubricated by the venerable Reddit who puts advocacies on steroids.

Matt Mullenweg, founder of WordPress, wrote a post in the World Economic Forum’s blog, entitled ‘Online we can act as a fifth estate‘, around the idea of ‘online power’. He says:

“Now an audience of more than 1 billion people is only a click away from every voice online, and remarkable stories and content can gain flash audiences as people share via social networks, blogs and e-mail. This radically equalizes the power relationship between, say, a blogger, and a multibillion dollar corporation.”

Armies of Peer Advocates
But there is more that needs to happen, and it’s going to happen. There is nothing stopping the power of online to swell further when armies of passionate advocates point their guns at things that are broken.

Fred Wilson shined the light on what Union Square Ventures is doing by focusing on breaking down the walls of old regulations that are standing in the way of Innovation and the evolution of the Internet. This is a topic I had actually previously emailed Fred and Albert Wenger about recently.

Yes, it’s about Peer Progress, and I like that moniker. Go read Fred’s post, Peer Progress and Regulation 2.0 including the vibrant comments, and watch the video of their resident activism expert Nick Grossman talk about the magnitude of the changes that need to happen, many of them rooted with old regulation. On his blog, Nick says:

There is tremendous opportunity here — as networks tend to produce solutions that are lower in cost and more scalable than traditional approaches — but there are also new kinds of risk, as the barriers to production and consumption decrease.  All of this presents really interesting public policy questions.

The End of Government Control
This has tremendous implications for the role of Government, especially in developed nations.

Governments are no longer in control here. And they should not be anymore. There are some folks talking about global empowerment at the government level, but it’s all wrong. The real empowerment is happening at the peer level, not at the inter- or intra-governmental level.

Governments should be just spectators, facilitators, NOT instigators, NOT managers, NOT funders (but discounters OK), NOT creators, NOT inventors, NOT regulators (maybe lightweight regulation).

For the Government, the Internet & innovation should be a spectator sport. Maybe they built the stadium, and they pocketed our ticket price. Now, let them just watch and do mild refereeing only if the players commit crimes or unethical moves. The Internet is for the people, not for anyone to regulate.

For the online to deliver on its promise to make change happen, you need to mobilize armies of advocates to tackle each one of these issues, so that their collective actions can transform existing regulations, tear down old beliefs, push back on policies that don’t make any sense, and fend off the traditional lobby movements.

With companies and business, the same thing is happening. There is an important competency called Customer Advocacy, and it is being mastered by market leading players such as Dell KACE, Ektron, Xactly, Act-On, SMART Technologies, Demandbase and other progressive companies that are online natives, i.e. who are governed by the powers of the online world and understand its impact so well. These companies are using Advocate Marketing as a competitive advantage.

If you want to better understand the possibilities, visit Influitive, the company I now work for as Chief Evangelist for Advocate Marketing, a topic I will write about more in the future. Also, I highly recommend reading Nicolette Wuring’s excellent primer, Customer Advocacy. Her understanding of this topic is far more advanced than what I have seen anywhere so far. Basically, you need to have a culture of customer advocacy before you start to unleash it into the online world.

It’s funny that companies spent years focusing on developing great products, having amazing employees and delivering excellent customer satisfaction (who doesn’t?), yet they stopped short on harnessing the power of their satisfied customers. Customer Advocacy harnesses that power, and it is deeply powerful when it becomes engrained as a natural marketing competency and wrapped by a methodical platform and process to manage it, operate it and measure its impact (hint: Influitive).

The Earth will Shake
Peer-to-peer networks of passionate advocacies are forming to increase the power of change and to allow for:

I think this is the just the beginning.

The earth is about to shake underneath old lobbying tactics, antiquated regulatory frameworks, and rigid customer marketing practices.