Revisiting “Do No Harm” for Blockchain Regulation: Missing in Action 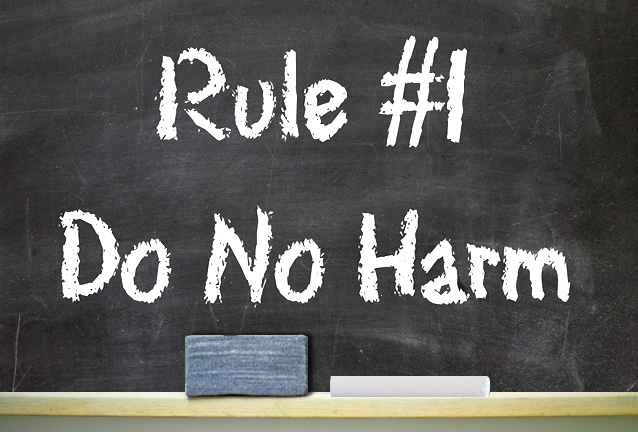 In 1997, during the early Internet years, under the direction of Clinton-appointed Internet Czar Ira Magaziner, the US government released a seminal report called Global Framework for Electronic Commerce. Its central thesis was known to be described as the “Do no harm” policy. It consisted of a series of specific recommendations for not taxing, regulating, or restricting the (then) embryonic and key promise of the Internet: global electronic commerce. The report did not just prescribe a US policy, but it also called for all countries to consider the same approach, because it was recognized that electronic commerce had no boundaries, and its success was inter-dependent on global cooperation.

The Internet “should be a place where government makes every effort . . . not to stand in the way, to do no harm,” Clinton said.

Although more than 20 years-old, that report is a fascinating re-read as a context for what is currently going on with the blockchain. I encourage you to spend the 10 minutes it takes to read and assimilate the content of that report if you are seriously interested in this topic.

Had it not been for that policy, the US could have created new taxes for e-commerce, regulated it with new regulations, imposed duties, restricted the type of information transmitted, controlled standards of developments, and imposed licensing requirements on service providers. Luckily, they didn’t do that.

Without any doubt, that position was the right call. What followed that period was a massive explosion of growth in the US around Internet infrastructure, technologies, and applications, arguably a contributing factor to why the US became a super-power in Internet related businesses, ahead of other countries. (It took China at least another decade to eventually catch-up and produce their own versions of Internet companies based on what worked in the US)

For context and to drill on that point, let me highlight some key passages from that report.

For this potential to be realized fully, governments must adopt a non-regulatory, market-oriented approach to electronic commerce, one that facilitates the emergence of a transparent and predictable legal environment to support global business and commerce. Official decision makers must respect the unique nature of the medium and recognize that widespread competition and increased consumer choice should be the defining features of the new digital marketplace.

As use of the Internet expands, many companies and Internet users are concerned that some governments will impose extensive regulations on the Internet and electronic commerce. Potential areas of problematic regulation include taxes and duties, restrictions on the type of information transmitted, control over standards development, licensing requirements and rate regulation of service providers. Indeed, signs of these types of commerce-inhibiting actions already are appearing in many nations. Preempting these harmful actions before they take root is a strong motivation for the strategy outlined in this paper.

Governments can have a profound effect on the growth of commerce on the Internet. By their actions, they can facilitate electronic trade or inhibit it. Knowing when to act and — at least as important — when not to act, will be crucial to the development of electronic commerce.

And the Principles embodied in the report are very interesting:

1/ The private sector should lead

For electronic commerce to flourish, the private sector must continue to lead. Innovation, expanded services, broader participation, and lower prices will arise in a market-driven arena, not in an environment that operates as a regulated industry.

Accordingly, governments should encourage industry self-regulation wherever appropriate and support the efforts of private sector organizations to develop mechanisms to facilitate the successful operation of the Internet.

“Unnecessary regulation of commercial activities will distort development of the electronic marketplace by decreasing the supply and raising the cost of products and services for consumers the world over. Business models must evolve rapidly to keep pace with the break-neck speed of change in the technology; government attempts to regulate are likely to be outmoded by the time they are finally enacted, especially to the extent such regulations are technology-specific.

Accordingly, governments should refrain from imposing new and unnecessary regulations, bureaucratic procedures, or taxes and tariffs on commercial activities that take place via the Internet.”

3/ Where governmental involvement is needed, its aim should be to support and enforce a predictable, minimalist, consistent and simple legal environment for commerce.

4/ Governments should recognize the unique qualities of the Internet.

The genius and explosive success of the Internet can be attributed in part to its decentralized nature and to its tradition of bottom-up governance. These same characteristics pose significant logistical and technological challenges to existing regulatory models, and governments should tailor their policies accordingly.

We should not assume, for example, that the regulatory frameworks established over the past sixty years for telecommunications, radio and television fit the Internet. Regulation should be imposed only as a necessary means to achieve an important goal on which there is a broad consensus. Existing laws and regulations that may hinder electronic commerce should be reviewed and revised or eliminated to reflect the needs of the new electronic age.

5/ Electronic Commerce over the Internet should be facilitated on a global basis.

The Internet is emerging as a global marketplace. The legal framework supporting commercial transactions on the Internet should be governed by consistent principles across state, national, and international borders that lead to predictable results regardless of the jurisdiction in which a particular buyer or seller resides.

The analogies are striking, but the US government or its regulatory bodies actions are lagging.

They don’t seem to have recognized that the blockchain shares similar characteristics as the Internet and e-commerce of the mid-90’s. Today, blockchain technology is immature, and it needs to spread its wings instead of getting them clipped because it wants to venture into uncharted waters.

Two years ago, there was a ray of hope.

In April 2016, then CFTC Commissioner Giancarlo (now he is the Chairman) gave an enlightening speech at the DTCC 2016 Symposium where he called regulators to heed the lessons of the Internet and adopt a similar stance as the policy enumerated in the Global Framework for Electronic Commerce in 1997. He even suggested that regulators of all sides come together and agree on “uniform principles”.

His speech is must read, and here are some key passages:

Regulators have a choice in this regard. I believe we can either follow a regulatory path that burdens the industry with multiple onerous regulatory frameworks or one where we come together and set forth uniform principles in an effort to encourage DLT investment and innovation. I favor the latter approach.

Similarly, “do no harm” is the right approach for DLT. Once again, the private sector must lead and regulators must avoid impeding innovation and investment and provide a predictable, consistent and straightforward legal environment. Protracted regulatory uncertainty or an uncoordinated regulatory approach must be avoided, as should rigid application of existing rules designed for a bygone technological era.

Unfortunately, judging by what has actually happened since that speech, Chairman’s Giancarlo’s calls seem to have gone on deaf ears or were not taken seriously, and not from a lack of goodwill on his part.

Unsurprisingly, the largest headwinds have come from the SEC who has taken it upon themselves to be the Grinch of blockchain regulation. They are stealing the lion’s share of the regulatory thunder, and throwing the baby out with the bath water.

Blockchain regulation is at risk of a “Do Harm” strategy primarily based on how the SEC is approaching it.

Instead of displaying hope, optimism, and open-mindedness for innovation, the SEC has been leading by fear, issuing a series of mixed actions, publishing obscure statements, and sending cryptic messages to the industry via occasional speeches. They have divided and conquered the blockchain industry by stringing its participants along, with a very stubborn starting point that all tokens are securities by default, while being very nebulous on what actually is a non-security.

At the macro level, the opposite of what happened in 1997 is actually taking place today. In 1997, the US led the world in thought and in practice, pertaining to electronic commerce regulation. Today, other nations are taking the lead at adopting progressive policy and regulatory implementation for blockchain technologies.

For example, the Japanese Financial Services Authority (FSA) has already received 190 cryptocurrency exchange licenses applications, and currently reviewing them. Switzerland has published a well-defined token classification framework, and they continue to be a friendly jurisdiction for the Foundation model to govern ICOs, having cracked the code on how to manage the process. Singapore, Gibraltar, Malta and Cayman Islands, although being smaller jurisdictions have also made positive strides that are encouraging to entrepreneurs and the blockchain ecosystems they engender.

Sadly, the US which has the best tech startup environment finds itself handicaped by unfriendly regulatory actions. These other jurisdictions have a legal advantage but they cannot replicate the vibrancy and experience depths of the US startup ecosystem.

The SEC needs a history lesson by reviewing the Global Framework for Electronic Commerce and its impact. By his own admission, incoming chairman Clayton noted he didn’t get any questions about the blockchain during his confirmation hearings in March 2017, which points to the greenness of his organization towards the topic. Evidently, they are by no means experts, and have not done their homework studying the topic while they have rushed to form judgement without a deep understanding of it. Even the CFTC who has had a markedly more advanced knowledge on the topic is still trying to go deeper into it, witnessing their recent RFI asking 25 questions about Ethereum.

In the field of blockchain, where is the US global leadership?