The Future of ICOs and the Road Ahead: One Step Forward, One Step Back 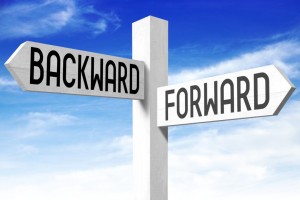 In my CoinDesk year end opinion piece, entitled The Future of ICOs: In the Hands of Regulators or Innovators?, I predicted that 2019 will be a year where the SEC will face an industry that will be reluctant to cave in to its vague, inconsistent and antagonistic posturing vis a vis cryptocurrencies, tokens and ICOs in the US.

I encourage you to read that piece.

This morning, my inbox and news feed had a number of related news and developments that I’d like to highlight.

… the SEC sought to define most, if not all, ICOs as unlicensed securities in the US, despite no regulation or law ever having been passed to that effect (and muddled reasoning at best on how one defines a security vs. a commodity in this age of cryptographic tokens).

I like the description “muddled reasoning” because it aptly describes how the SEC has been communicating with the market, exercising its own version of cryptic messaging via occasional speeches, interviews and regulatory enforcement actions- which do not sum up to cohesive clarity.

Michael Terpin continues on the subject of security tokens:

… heightened regulatory scrutiny is making it an easier path to offer equity in one’s company, asset (real estate, art, etc.), fund or, in some cases, as a two-step process to funding an ICO in the US through deeming it a security (not appropriate in many cases, but it’s happening).

The keyword highlighted here is “not appropriate in many cases”, and I concur that this is indeed happening, as I said in my CoinDesk piece that an STO (securities token offerings) is not necessarily a good path, just because you are compliant.

In a surprise development, the CFTC issued a public Request for Information, entitled Request for Input on Crypto-asset Mechanics and Markets, specifically focusing on ether and Ethereum. It is a list of 25 questions, ranging from the mundane (e.g., How many confirmations on the Ethereum blockchain are sufficient to wait to ensure that the transaction will not end up on an invalid block?) to the more complex (e.g. Does the Ethereum Network face scalability challenges?)

This is a very progressive move on the part of the CFTC, and it demonstrates their genuinely inquisitive seriousness pertaining to Ethereum, but I wonder if the broad public request won’t result in a cacophony of answers that will need to be carefully curated. I would have preferred if they limited these inquiries to expert opinions that could still be varied and diversified. I can imagine Ethereum antagonists going to some extent at attempting to present subjective views that may not be so accurate, and I hope that the CFTC is able to properly analyze and digest the flood of facts and opinions they will receive. Nonetheless, this is a big stamp of approval for Ethereum, as it puts it on par with Bitcoin from an importance point of view, in the eyes of the regulators at least.

Maybe related to the CFTC development, earlier this week, 2 US Congressmen introduced 2 bills, one promoting Consumer Protection, and the other aiming to “conduct a comparative study of the regulation of virtual currency in other countries and then make recommendations for regulatory changes to promote competitiveness in the U.S.. Both bills are directed to the CFTC. The scope of the comparative study could be quite a big project, and I’m not sure if they retained some external consultancy to help them analyze the data, but both this initiative and the CFTC’s own RFI point to how little the regulators think they know about cryptocurrency and the blockchain, as they raise more questions than provide answers. However, kudos to the CFTC who at least, is indirectly acknowledging that they know what they don’t know, as contrasted with the SEC who has taken more bombastic approaches to slicing and dicing the blockchain market as they see fit.

Incidentally, last year, I had created an initiative to survey the global state of regulatory practices, called Token Awareness. Here’s a page rounding up some activities around the world, but it needs some updating.

Token Users as the Trump Card

Moving on to another recent development,- Basis, a much publicized stablecoin startup has decided to shut down and return unspent money to their investors. Then CoinDesk offers a contrasted picture in the Blockstack ICO highlighting their conservative nature about how they are spending their cash, and how they have de-linked their token from speculative market hands. Blockstack was birthed as a startup where they were disciplined enough to appreciate the value of a venture round, investor scrutiny and sound, measured progress. [Sidenote: I will be speaking at the Blockstack Decentralize the World event in Hong Kong on January 10 2019). This all boils down to two trends:

1/ Some ICOs who are encountering headwinds or challenges to implementing their vision are being true to themselves and shutting down, and returning unspent moneys or tokens to investors. We have already seen Cofound.it do that a couple of months ago. There are scores of ICOs who have not made progress, but they aren’t being true to themselves nor to the market. They are hiding under a rock, hoping the market will recover and lift all the boats. In reality, that will not happen. Their reserves will dwindle, and they will be eventually forced to shut down.

2/ The underlying lesson of all this, is that without a lot of users, a token is worth nothing. I’ve been saying this a lot throughout my dozens of presentations this year, “The only token that matters is the one actually being used.” And I have written about that topic multiple times, here and here.

A most interesting comment was buried in a MAMA (Multichain Asset Managers Association) email I received this morning, in a piece co-authored by Andreas Glarner & Alex Lindgren of the Swiss Law firm MME. The article offers an analysis of the November 8th 2018 US Securities and Exchange Commission settlement and charges against decentralized exchange EtherDelta. The authors start by observing that “Obviously, the view of SEC does not necessarily have an implication on how other jurisdictions and regulators approach the question.” They add that this is the “first opinion of a regulator on the topic and therefore will remain to have an importance on the future discussion of the matter“. That seems to concur with the SEC’s approach of trying to win a few enforcement actions so they can establish a trail of case law precedents which they hope will serve as a basis for future regulation interpretations and market signals. It is the opinion of many in the industry that this approach would be detrimental to the health of the North American blockchain market (because the OSC typically follows the lead of the SEC).

I will continue writing about the regulatory aspects of cryptocurrency and blockchain technologies because of the heightened importance of that topic, its critical nature and the conjectures that we have now reached.

Some Harsh Advice for the Blockchain Industry