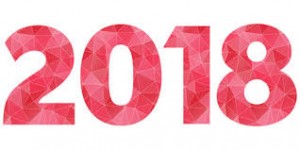 I wrote this article as part of the 2017 year-end review series that I’m co-editing with Pete Rizzo, editor-in-chief at CoinDesk. In light of the fact that a majority of blockchain projects may not necessarily need the blockchain, I felt it would be important to re-visit, re-learn, and re-fresh our memories on what the blockchain is about.

In the midst of a new wave of euphoria and interest in cryptocurrencies, it’s all the more important that we remain clear on what the fuss is about.

Sure, rising cryptocurrency prices have given the field a flurry of mainstream headlines, resulting in higher consumer awareness and visibility. Undoubtedly, the cascading effect has attracted more participants, from eager speculators, to curious software developers, to novice users.

However, our emphasis should remain on how we apply the fundamental innovations of blockchain technology. As we enter 2018, it is clear to me that this key narrative has been lost on many, and as a New Year’s resolution, I believe we should all be reminded of it.

When something as new and fundamental as the blockchain comes along, the initial reaction is to quickly apply its elements to what we currently see, as an overlay of the old. But this approach only gets us so far in terms of reaping the fruit of innovation.

We need to create new things, and not just tinker with the old.

As an analogy, the web’s first phase (web 1.0 era) consisted of plastering information on the web, and saw the development of early versions of e-commerce. But there was no social web, because we didn’t figure out the web’s two-way read-write capabilities until later. The fundamental Web 2.0 innovation was about empowering users to add web value by being content publishers themselves.

With many token-based ICOs and other blockchain initiatives, it looks like we are copying what we already see instead of inventing what we don’t discern yet. [Ref: On Tokens 1.0 vs. Tokens 2.0 and Fundamental Blockchain Innovations]

Against that backdrop, let us re-visit the blockchain’s fundamental innovations and be reminded that it is only by applying them that we will uncover the next versions of applications and protocols that will truly usher us into a crypto-based economy.

When you encounter blockchain implementations, technologies, applications, ICOs and projects, ask yourself if one or several of the following six fundamental outcomes are seriously being tackled:

That is a sine qua non condition for blockchain technology.

The original intent of bitcoin (which started this revolution) was to use the blockchain to validate the finality of transactions without counterparty involvement or intermediaries that relay (and delay) transactions. That is the essence of the trust network. You must ask how the blockchain is being used to fulfill this function, in lieu of synchronizing databases via intermediary players.

For example, one target application area is decentralized assets trading, where the initial order is relayed and settled on the blockchain directly, without exchanges.

Thanks to CryptoKitties, native assets on the blockchain are getting a memorable poster child.

Consider the fact that cryptocurrency itself is the first native asset of the blockchain. But any digital asset with a unique ownership component can – and will – be traded on the blockchain.

Of course, the first candidates are assets that already have a digital form, but think about also applying fractional ownerships to hard assets, and giving them instant liquidity. Global asset liquidity is going to get a boost, as much of the world’s non-liquid assets will have a chance to trade on the blockchain.

If the blockchain represents the version of the truth, we need to be able to go somewhere and check that truth. I would like to start seeing easy-to-use portals and capabilities that query blockchains for business answers, just like Etherscan and Blockchain (the company) allow us to query them for technical transactions details and respective history about the ethereum and bitcoin blockchain.

Did this particular event take place at this specific time, and between what parties? Who owned this asset on this given date? When did we learn about this event?

There are so many examples waiting to become the next “Googling” equivalent for the blockchain.

Smart contracts are the execution instigators for blockchain logic.

Their outcome is to enact the result of certain programmable conditions, and we are gradually learning to gain their confidence by giving them more autonomy. Blockchains should be able send funds, reward users, transfer ownerships, accept votes, release rights or do whatever smart contracts program them to do.

Of course, mistakes and poor implementations can lead to bad consequences, but that also comes with this new territory. So, this part comes a degree of caution that we need to fully test and start by taking initial steps with, before endowing greater enactment responsibilities to the blockchain.

Another key tenet of blockchains is the peer-to-peer infrastructure underlying its operations.

As a starting point for setting up a blockchain network, computer servers represent this peer-to-peer infrastructure, but we should not forget they can include anyone with a smartphone or a personal computer. Sometimes, this infrastructure features just people as users, and sometimes it consists of servers and people. Regardless, it is a slice of the innovation side of the blockchain that deals with its deployment in ways that weren’t possible before.

A blockchain with limited P2P infrastructure will have limited impact on its participants.

6) Network effects at the protocol levels

Horizontal or vertical protocols are the next fabric upon which many blockchain applications will depend on. This might be the equivalent of the web standards we are used to, like HTTP, HTML, URLs, CSS, XML, etc.

Standards enable the proliferation of usage, because of the knowledge network effects around them. We need to see more network effects applied to blockchain technology, where every additional user adds value to the rest of the network.

With that backdrop of capabilities in mind, you can apply “acid test” questions for blockchain implementations you encounter. Answering at least one of them in the affirmative, then expanding on a further description of exactly how it is being done, is a necessary condition that would point you towards where blockchain innovation is in the works.

Two years ago, crypto-engineers were rushing (and gushing) to the market, with their immature technology. Today, the trend is reversed.

While most blockchain developers and researchers have hunkered down trying to perfect their technology, business people are the ones rushing to the market with immature business models. We must ask whether any blockchain project is leading us to unchartered levels of true innovation, or diverting us into a meandering path of distraction.

Many short-sighted blockchain projects start via an intention to place some record on a blockchain ledger. That task is becoming easier, but it is only a starting point, and that is certainly not enough.

Inventing the future on the blockchain is hard, but if you diligently endeavor to apply the fundamental innovations of blockchain technology, you might land on some breakthroughs.