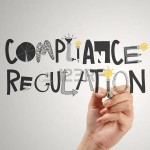 Today, I’m publishing an open letter to the Ontario Securities Commission and the Canadian Securities Administrators, two of the most influential regulatory bodies in Canada.

I’m writing this open letter, because I believe you hold the keys to an extraordinary moment in Canadian business history, with a unique window of opportunity that may soon close upon us. Around the world, an important phenomenon has been taking place in full force.

Over the past 12 months, more than $US 2 Billion have poured into a new form of startup. This money did not come from traditional venture capital firms, but via a new method of funding: the cryptographic token. This is special because these startups are defining the next generation of the Internet. They are creating decentralized protocols, services, platforms, infrastructure, applications and products that are based on blockchain technology, and they are using the token as an innovative enabler for new business models and ideas, by giving that token a wide range of creative utility and functionality.

The overall market capitalization of these crypto-based tokens, – a proxy for the companies behind them, and a primary source for this funding has reached a height of $US 176 Billion on September 1st 2017.

The genesis of this unprecedented wave of capital availability is global. For the first time, the level playing field is open to Canadian entrepreneurs to compete for a share of this capital, without being limited by the scarcity of Canadian or US venture capital.

But the reality is that Canadian companies have not been able to easily participate in this new wave of wealth creation, in large part due to the regulatory obscurity around compliance requirements from the Ontario Securities Commission and the Canadian Securities Administrators, the two powerhouses that govern this regulatory field.

Around the globe, smaller jurisdictions are punching above their weight, and opening their doors to entrepreneurs and companies, providing them favourable and friendly compliance environments for distributing their new tokens. Switzerland, for example, has already processed more than 35 token-based projects and boasts over 100 in their pipeline. Vitalik Buterin, a Canadian who created Ethereum, the second largest (and most important) blockchain in the world, recently picked Singapore as his new country of residence, due to their favourable local regulatory environment, which is fuelling growth in Singaporean-based blockchain startups.

In contrast, Kik, a Canadian-based company and the 5th most popular mobile messaging App in the world, had to exclude Canadians from participating in their token distribution event. My upcoming global blockchain index will face a similar dilemma: we will exclude Canadian residents from investing in it.

The rules for dealing with a security are clear, and sales of tokens that are clearly securities should certainly comply with the applicable rules. Unfortunately, the guidance to date has been heavier on consumer protection risk warnings, and vague about “many” instances where tokens are not securities. The fact is that, many tokens are not securities, because they do not exhibit traditional securities properties. Rather, they represent new forms of rights, such as the usage of a protocol, infrastructure, software or application function- all based on blockchain technology, and governed by smart contracts, a set of programs that frame the interactions between users and software. Many of these tokens are native to the platform where they are created, and they represent the atomic unit of work for it. Despite the clarity that now exists in the marketplace pertaining to new token classifications, the OSC has not yet issued clear explanations on what is acceptable, leaving market participants to guess, or be confused.

Let us not kid ourselves. Canada is not a leader in the emerging blockchain market, despite having the potential of being one.

The OSC Launchpad program was a good conceptual step, but it has fallen short in terms of impact for attracting innovative projects. It is heavy-handed and narrowly guided towards favouring a few cases, perhaps not the most representative ones. Most of the Ontario entrepreneurs I interact with are confused and scared to talk with the OSC or the CSA. Instead of attracting them, the OSC/CSA positions have repelled many of them to come forward. Contrast with the BCSC’s (BC Securities Commission) sandbox that has been more accepting of innovative token-based projects. This is inherently a non-ideal situation.

Why not open the field more broadly, and let a thousand flowers bloom? Emphasize prescribed disclosures and risk factors, then let the experiments run in the market, not inside a restricted sandbox. Many entrepreneurs and startups around the world have recently shown they can apply and adopt disciplined ICO processes, such as the Safe ICO Practices that I recently prescribed.

Undue emphasis on consumer protection alone also stifles reasonable consumer choice and potential benefits. Instead of sending warnings and fears, why not clarify your positions and be clear on what is allowed? Instead of painting with a broad brush and classifying every token as a security, why not be specific about the different types of tokens at various stages of development, with different regulatory approaches for each? A purchase of Ether today could be viewed as quite a different prospect than a purchase of Ether in 2014, yet the token is the same today as it was then. Ironically, had the OSC taken notice of Ethereum’s original Token sale in 2014, it would have undoubtedly not approved it, and prevented Canadians from participating, although the gains today are x1000 the original investment.

For precedent, we must be reminded of General Georges Doriot, the father of venture capital, who in the 1940’s created the first public venture capital firm, in what was seen as unorthodox at the time, and kicked the door open for updating the old securities laws. Just as General Doriot saw that capital needed to get “creative” in order to birth venture capital, today we need to be creative, in order to birth “crypto capital”. Tokens represent a new type of network utility and a new asset class that must be both understood and accepted as part of our future. Here is the reality on the ground:

Cryptocapital and crypto wealth creation are global. Canadian companies and consumers need to tap that potential.

As an early participant and respected thought leader in this global phenomenon, I am joined by several Canadian entrepreneurs, investors, lawyers and leaders, in advocating more relaxed, open, friendly, and clear positions from the OSC and CSA. Specifically:

Canada could be a model to the world, if the OSC and CSA adjust their compliance positions, and view this phenomenon as an opportunity, not a threat. Many other geographies around the world don’t have the luxury of a healthy startup ecosystem, filled with engineering talent, experienced entrepreneurs, and a critical mass of startups. Canada has that critical mass, and we could make a difference, if we are allowed to adopt the blockchain as part of our future evolution.

It is our hope that you don’t erect unnecessary barriers for Canadian consumers, entrepreneurs, fund managers and investors. As it stands, it appears that your stance even runs contrary to the Federal Government’s efforts and agenda to endorse innovation to allow Canada to become a more competitive global technology player.

Excluding Canadian consumers from directly participating in suitable opportunities will raise their actual price of entry, as they will choose other global entry points and acquisitions in secondary markets that are invariably more costly. And excluding Canadian entrepreneurs will force them to incur higher operational and legal costs as they seek remote jurisdictions.

It is our hope that we, as the voice of the market, can influence your future views and policies pertaining to this unique opportunity, and we encourage you to seize this extraordinary turning point moment in history.