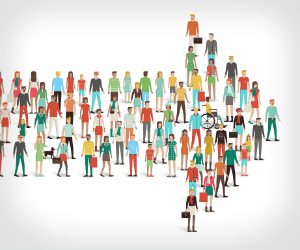 I’m taking a liking to Twitter surveys, and would like to highlight the past 3 that I recently conducted.

Following a cue from the first one that was prescient, I’m a believer in the wisdom of the crowd.

In early 2017, some people started to dislike the term ICO. I’ll admit being torn between naming our conference ICO Summit or Token Summit (I had already privately registered the domain icosummit.com last year). Token Summit won, as it was the overarching theme. But the crowd was right that the term ICO had a lot of legs to it, and sure enough, we have seen the flurry of ICOs take off in the May/June timeframe.

*POLL* What do you think about the term ICO (Initial Cryptocurrency Offering) to depict the flurry of Token Sales Offerings. Is TSO better?

To regulate or not regulate is not the question, but rather: to what degree, when, by whom, and for whom? In this survey, the time horizon is very important. The crowd doesn’t believe that regulation will come to ICOs within the next 90 days. This is a survey that is likely to be repeated.

Re: ICOs & Token Sales, Which of the following will likely happen in the next 90 days:

Is That a Wallet in Your App?

Only a few decentralized apps have a built-in wallet that can hold your cryptocurrency tokens. Steemit is a well known example. If a token is part of your product or app, then the next logical functionality is to build a wallet to keep track of these tokens as you interact with the product or service. There is no doubt that more and more apps are going to include wallets inside of them.

One year from now, how many apps will you use that have a crypto wallet in them?

While I can’t wait to see blockchain prediction markets like Gnosis and Augur take full shape at tackling the wisdom of the crowd on a larger scope, I think a few surveys can give a good picture.