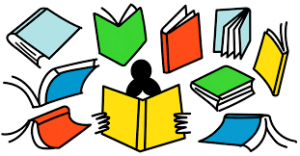 I keep getting requests about what to read and how to stay updated on the blockchain, cryptocurrency and token-related topics. So, I’d like to share a list of what I read, and how I stay updated.

OnBlockchains.org is my own aggregator. I put it together using Feedly as a river of news from 207 sources, coupled with a WordPress site to publish it. It has 231,00 followers on Feedly, and I continuously update the sources. I did it to scratch my own itch, and made it publicly available. It is very comprehensive, and spits out 200-300 stories per day. If you are a blockchain news junkie, you will get your fix there. It already includes all of the below mentioned sources that have a web page. And you can search a collection of about 200,000 articles on the topic.

Here we have CoinDesk as the main and most important source (I’m a regular opinion contributor there where you can read my pieces here), followed by Cointelegraph, Bitcoin Magazine, Brave New Coin and NewsBtc.

The Specialized Blogs, and Reports

On top of the list is Evan Ness’s Week in Ethereum which is a must read, as Evan does an excellent job curating and collecting the most important news and links related to Ethereum and the blockchain space in general. It is followed by ConsenSys Media (excellent too), The Merkle, Eth News and The Control by Nick Tomaino. Also, two other new sources have emerged: TrustNodes and Ethereum Investing.

Laura Chin’s Forbes Unchained and Epicenter come first to mind, followed by Let’s Talk Bitcoin. I’m not a diligent follower of podcasts, but I will go there, now and again.

I subscribe to a few of them. Two prominent ones are Hyperledger’s as a propagandist newsletter to that consortium’s work, the CoinDesk Daily newsletter (in case you missed something), and Distributed (published by BTC Media). Also, in this category, there is a private newsletter I get from Kevin Gao, called Crypto Portfolio Letter (you’ll need to hit Kevin to get subscribed).

Here, you need to read Smith+Crown, TokenMarket, and if you have lots of time, follow my Ultimate List of ICO Resources which lists 32 various sources in a Google Sheet. And if you are inclined to not miss anything, follow this Medium page, tagged token.

More specific to articles on the token topic, here’s a list of what I have recently written, in addition to a few other articles that I liked. That’s in addition to the short list that Chris Dixon put together.

There is Hope for Blockchain Regulation, Thanks to General Georges Doriot (April 2017)

Cryptocurrency Will Re-Fuel the Attention Economy, Get Ready (Dec 2016)

How to Evaluate an Initial Cryptocurrency Offering (ICO) (Nov 2016)

The Relationship Between Cryptocurrency Tokens, Value and Work (Aug 2016)

Best Practices in Transparency and Reporting for Cryptocurrency Crowdsales (Feb 2015)

Podcast on Unchained, ICOs: Why People Are Investing in This $380 Million Phenomenon with William Mougayar and Nick Tomaino (that was the fastest most downloaded podcast on that series) (Forbes, April 2017)

There you have it. Happy Reading !