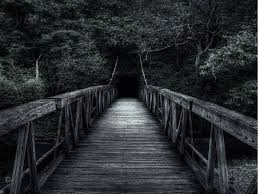 There is a period between the initial token offering and overall market rollout/acceptance where darkness prevails.

If we look at the lifecycle of a crowd sourced crypto technology project, there are 3 apparent evolutionary phases:

The Initial Launch steps include explaining the vision, writing a white paper, and obtaining funding via the initial crowd sale offering. In this stage, lots of excitement prevails.

The Development stage is primarily devoted to software development of the technology, protocol and capabilities, team buildout, and early testnet or beta usage.

In some cases, software development has already started before the token sale, and there are degrees of readiness and elapsed time ahead of the market rollout.

Shortly after Launch, however, most projects quickly step into a Darkness stage. Darkness relates to the scant amount of transparency that prevails, relating to exactly how they are doing. Outsiders do not really know the precise status of the project, despite transparency attempts.

This prevailing darkness also relates to how the cryptocurrency markets value the company (or speculate on it), as the public tries to interpret progress and evolution from the development stage into the market installation phase, by reading the tea leaves.

Especially in the first year, optimism continues to prevail for most projects, and the market is told what the founders want it to hear, making the darkness appear to be less frightening. Whereas a half-empty glass stance sees this period as darkness, a half-full position would see it as a long honeymoon.

Along the journey to the market rollout, there is an interim step,- a Transitional period where early signs of market acceptance and usage begin to appear, but clarity on the product-to-market fit hasn’t necessarily taken hold yet.

The ultimate destination is, of course when the market begins to accept the technology. At least at that stage, users should be able to start extracting value from the product, protocol, application or technology offering. In essence, we can start seeing a reality unfold, and quantifiable metrics start to emerge that could be correlated to market valuation. It can take a good two years before these real market signals emerge.

From Transparency to Real Valuation Metrics

In the traditional venture capital segment, investors are privy to how companies are doing. In the case of these ICO-driven projects, as I’ve stated several times before (Watch Out, the ICOs Are Coming), the level and quality of public transparency is varied, and there is a lot of dressing-up going on.

I am interested in better understanding the relationship between the speculatory and real intrinsic valuations for these projects (a subject that we will debate and discuss at the upcoming Token Summit in New York on May 25 2017).

Of course there is value in the degree of transparency provided, but self-transparency can be incomplete, resulting in subjective interpretations.

In many cases, the markets are giving forward valuations that are based on the speculatory expectation for what the technology can do, or promises to do. But these forward valuations are not squarely related to where the project really is.

So, how do you value these companies, projects, decentralized protocols, applications or technologies?

New Performance Metrics or Old Ones?

On the positive side, some metrics are starting to emerge.

For example, consider SIA and Storj Labs, both providing decentralized cloud storage services. SIA has stated they will retain 3.5% of contracts revenues, and Storj will be charging users a flat cost for their service. ICONOMI will keep 30% of the fees generated by fund managers that use their platform. In essence, these 3 companies are implying that they will be eventually profitable, and we will eventually be able to correlate their financial performance to their market valuations.

The above examples can lead to quantifiable metrics, and they will be helpful in proving whether a real business supports the longevity of a project.