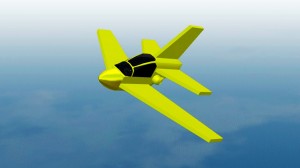 Over the next 6 weeks, I will be hitting a number of cities and events, and thought about sharing those details.

I am the opening keynote speaker at this 2-day special event focused on the blockchain. It’s obvious that several universities have been interested in the blockchain topic, and some of them are contacting me when they start getting into it. This particular event has a stellar number of speakers, many of them are friends or acquaintances. Sadly, I will need to scoot out of the conference, Monday morning, right after my talk, so I can make it … to Indianapolis. https://business.rice.edu/business-and-blockchain/agenda

A few months ago, I was invited to speak at TEDx in Indianapolis. The event is sold out, and will draw an audience of over 500, with a unique production quality to it. I’ve never been to Indianapolis, and looking forward to it, except that the Toronto Raptors and Indiana Pacers are both in play for the NBA playoffs. I have a new talk I will give there, on how work will be impacted by The Blockchain Economy http://www.tedxindianapolis.com/speakers/william-mougayar/

I’m the afternoon speaker on May 9th, speaking about the State of Business in Blockchains. The next day, I will participate in a panel entitled The Rise of the Machine: AI, Blockchain & the Future of Security, with other notable panelists. This is one of those mega-conferences that attracts thousands of attendees. 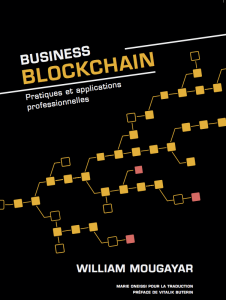 This will be my third trip to Paris this year, but I’m not complaining. Many of you know that French is a mother tongue for me. Being francophile and francophone, Paris is like a second home. I am there this time to launch my book in French (Business Blockchain: pratiques et applications professionnelles, published by Dicoland). That will include a number of events,– a large gathering at the ECE university (Ecole Centrale d’Electronique) on the evening of May 11, and another event at La Maison du Bitcoin on the afternoon of May 12th. I will also stop at Librairie Eyrolles, the largest French bookstore in Paris that is focused on technology topics. The ECE event is organized by Eureka, the same group that invited me to speak at the Merkle Conference last March (new video was just released :

Spearheaded by ConsenSys, Ethereal will be an Ethereum/decentralization lovefest event that will include topics in arts, media, culture, entertainment and technology. It is labelled as “an exploration of the decentralized revolution”, and takes place in Brooklyn. I will be speaking there on the topic of decentralization. The event is by invitation only, and will include 500 attendees. If you’d like to receive a 40% discount, please use this special promo code: EtheRealNetwork to register.

I launched my book, The Business Blockchain at last year’s Consensus event, in New York, with 500 copies that were distributed to the attendees. This year, I’m running the Investor Panel & Proof of Work Competition on Tuesday morning. The panel is followed by a competition where the winning team will receive $10,000 in prize money.

Yes, I will be attending the conference that I’m organizing, the Token Summit! If you haven’t registered, I have a feeling we will be sold out. We have received over 65 speakers inquiries in addition to a packed agenda with about 40 speakers. We just opened a Facebook page for the Token Summit, and will populate it with updates gradually, in addition to the event’s Twitter account that you should follow.

I will be speaking at a private event organized by Pythian, a global IT services company based in Ottawa. Increasingly, CIOs and CTOs are putting the blockchain on their strategic agenda, and I love pushing enterprises as far as I can, when it comes to blockchain strategies and implementation.

Also, on April 21 (today), I will drop by, this evening at the – Blockgeeks Hackathon, at MaRS in Toronto. I’m not speaking there, but glad to see the local groups taking initiative to prop-up what is going on in Toronto in the blockchain area, and taking advantage of the fact that Vitalik Buterin is in town.

Events I was recently invited to, but I’m going to skip.

After June 1st, you might find me in my backyard, planting Marzano tomato vines… Until then, I hope to see you in one of these cities or events!