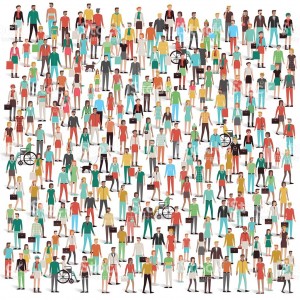 Now, the ICOs are coming. And the ICO funds are also arriving. And a crash will be forthcoming.

New tokens are being listed every week. Dozens of startups are planning their ICO’s, and funds that specialize in these tokens are feeding the investment and speculation frenzy. Even websites offer out-the-box services to create, promote, run and list your ICO with, describing the process to being as easy as microwave cooking.

The regulators are watching, mostly without taking harmful actions (so far), which is interpreted positively by startups who would rather ask for forgiveness than permission. Let’s do more. The door is open, and no one is shutting it.

Companies behind these ICOs are promising the moon and the stars, putting out polished websites, white papers, advisory boards, Slack channels, GitHubs, peppering with some legalese language, and topping it with the full dressing support enchilada they can think of; in order to appear as legitimate, as hard-working, as smart and as credible as possible.

Don’t get me wrong. ICOs are a good alternative funding model that holds an exciting promise, as I’ve explained in How Cryptocurrencies and Blockchain-based Startups Are Turning The Traditional Venture Capital Model on Its Head, in addition to outlining some steps and criteria on how to evaluate them.

But I see some issues with the current environment.

Diligence is tilted towards appearances, parabolic claims, white papers, a minimum of legal and lots of online dressing-up. There is relatively little involvement from traditional venture capitalists who typically dispense startup investment. VCs aren’t always right, and granted their model is being disrupted by the ICOs, but they generally have a sense about startups anatomies.

Previously, you were funded because your ideas, teams and initial product progress were worthy of it, at least someone thought so. Now, companies publish a paper making the case for their idea, open some docs for reviews, and ask for money in return for a promise to deliver something maybe in one or two years, that may or may not be accepted by the market.

Along the way, they drag a crowd of investors who buy into it, without necessarily being well informed, nor having used the product. During that process, there isn’t much talk about execution abilities, operational experience, or the rest of the team that will end-up being hired. Much of the analysis is on the surface, often tough to prove or disprove, in part due to a rushing and artificial urgency.

The 3 typical characteristics, team, product and market seem to have taken a secondary position to the 3 new magical words: tokens, blockchain and decentralization.

Token utility linkage is not always there

The assumption that everything with a potential network effect is going to work with a decentralization starting point is not entirely true. The blockchain is not for everything.

The solution or product being developed needs to have a solid business model linkage that has a particular value when decentralization and/or tokenization of actions take place. The promise of a new model needs to be very compelling.

In the name of decentralization, the promises are big. You can’t just slap a token to anything, and expect magic to happen.

The marketing hype is frightening

Some ICOs are being marketed like a rocket ship, but in reality, no startup is a rocket ship. A lot of the communication is biased towards the most optimistic assumptions, but nothing goes up in a straight line.

With an ICO, 3 asynchronous periods seem to have blurred and collapsed into one: early stage, go-to market, product-to-market fit. Just because it makes sense in theory doesn’t mean that it will make sense when the market realities enter the picture.

True that some level of speculatory fever can help to fund projects and give them a longer runway life, but if the expectations get far ahead of reality, the gaps may be harder to bridge, resulting in a downward spiral snap.

For good or bad reasons, raising lots of money can hide a lot of mistakes along the way, and there is some of that going on.

Financial engineering has its traps

A rule of thumb for many ICOs has been to allocate 85% of the tokens to the market, and keep 15% for developers and company, but this is a risky ratio. It is equivalent to raising all your funding at once. In the best cases, companies assume that the token will go up in price, which would enable the company (or protocol operator) to never need to raise money again. But not every company is like Bitcoin or Ethereum, just as not every startup is like Facebook or Twitter.

Of course, a smart company would not release more funding to itself until milestones are reached, but few will exercise that type of discipline. Fewer ICOs make a provision for subsequent funding events beyond the ICO.

All and all, funding a startup is not a one shot deal. Too much financial engineering is just that. I would urge anyone planning an ICO to re-read the excellent Security Laws Framework for Blockchain Tokens paper, especially the Appendix.

Success means many users with continuous engagement, steady ecosystem activity, visible benefits from the service or product, and some early revenues or wealth creation to prove that the product-to-market fit alignment is working.

All of these take time and several steps along the way that typically happen gradually and commensurably. No startup ever nails everything from the first go. Iterations and evolutions are the norm, and ICO companies need to be realistic about it.

The best ICOs will be the ones where users have a stake in the future of the business, and where their actions does something to increase the value of the network or underlying business. For example, token holders can be direct participants as users of the product or service. That is the ultimate incentivized setup (assuming that the service is bonafide valuable), in addition to figuring out the circular economy aspects of the business model.

The legal grounds are still shaky

Despite appearances of success in circumventing legal or regulatory hurdles, some practices just don’t make sense.

Why are tokens allowed to trade before the protocol or product is even out in the marketplace? Heightening expectations with the hope that token prices rise months and years ahead of going to market can go so far before the regulators start raising their eyebrows on that practice. Not all companies can survive the price fluctuations, volatility and speculative waves that will be expected when there is nothing but speculation and trading that drives your token price. Look at the volatility of BTC, ETH and STEEM, and these are examples with actual products that work and have thousands of users.

The irony about listing tokens too early is that now consumers who trade them can lose their money many times over (via multiple trades), not just once via a buy and hold pattern.

It’s too early to play the hedge fund game

Most hedge funds are clueless in terms of business insights and experience with picking startups and working with them. Speculating on uncertain instruments is like turbocharging a car that is already headed into a ditch. The accident will happen faster.

Hedge funds act based on what they are fed in a prospectus offering, or by their superficial understanding of a company’s prospects, let alone the market surrounding it. They optimize their operations around quantitative analytics, trading prowess, and recently machine learning or AI-supported decision-making.

Some are gaming the token initial buying with automated wallet-crawlers and other mischievous tools that allow them to automatically grab tokens early (by beating the average buyer), and subsequently claim a “gain” a few hours later. Some funds are being aggressively marketed based on these short-term exploits and paper profits about ICOs that aren’t even operational yet. The fund’s relationship with the ICO founders is mostly transactional.

Smart founders are better served with smart money or benign crowds as influential points to their destiny, and they should not let funds that have been set-up for trading purposes to take large positions in their token distribution.

ICOs should attract partner-funders that can help them, and not be at the mercy of those can trade them and pump them, because they will later dump them at their own will. If you are familiar with the over-the-counter penny stock environment and the on-going needs to promote stocks with press releases and superficial announcements, we are in this territory.

Most funds are going to feed the speculative train without caring (or knowing) about the real underlying business. Funds that focus on cryptocurrency trading could become that artificial de-stabilizer and the tipping point for a subsequent crash that eventually will bring us back to reality.

Crashing the party or priming a launch

Yes, I want the ICO party to continue, but I’m seeing participants that are just there for the ride. I’m seeing companies and ideas getting ICO-funded on a wing and prayer chance of being successful. Some others who have even previously failed to raise in private circles, are now opting for the ICO route. As I said earlier, here comes everybody. When the party gets overcrowded and unwanted visitors want it louder and bigger, events can turn to the unpredictable.

In technology, nothing great is often achieved without irrational exuberance, but when the pendulum swings too far, there will some damage. In the long term, we hope that benefits far outweigh the pitfalls that are encountered along the way, and maybe that is the only way that good things happen.

ICOs are supposed to be like an IPO with a cryptocurrency, but in reality, these are early-stage funding bets. Most of these companies won’t stand the scrutiny of public markets (which they entered, whether they like it or not), while they wished they had the private lives of early stage startups.

An ICO is the beginning and the means to an end, not the end itself. The ICO is not the great enabler of business models and incredible innovation. The blockchain is. An ICO is an alternative funding, operational and ownership model. You still need to bolt a sound business to it. You don’t get a pass there, and you need to get a few things right.

Take everything with a grain of salt, two pinches of hype, and three sprinklings of wishful thinking.

The Blockchain is Still Waiting for its Web, Here is a Blueprint for Getting us There