Cryptocurrency Will Re-Fuel the Attention Economy, Get Ready

THEN said a rich man, Speak to us of Giving.
And he answered: 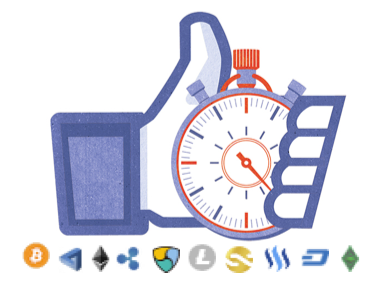 We are increasingly spending our time in online activities that we don’t get paid for. Social media for example is a benevolent time consuming activity that has no direct financial paybacks, but plenty of indirect benefits (when used properly).

It was Alvin Toffler (who I had the pleasure to know) that first described this trend in his last book, Revolutionary Wealth (2007), calling it the “non-money economy”. He also rightfully predicted it was going to explode.

Here are some excerpts from his thinking that we can more easily relate to now, because these weren’t so obvious in 2007.

“More and more companies in the money economy are externalizing labor by requiring customers to perform tasks previously done for them by employees.”

“We call this externalization of labor the “third job.” Your first job is the one you get paid for when you go to your office or factory and get a paycheck every week or month. Your second job is taking care of yourself, your kids, your parents or your home, cleaning up or doing the dishes. The third job is the work being “outsourced” by the producer not to India or the Philippines, but to you, the consumer, from the friendly companies all around you.”

Alvin Toffler was obviously referring to the multitude of self-service actions we perform on a daily basis, such as using ATMs, tracking a package, booking an airline ticket, and recently giving our attention to social media. He didn’t predict cryptocurrency, but he said this:

“Some consumer advocates are already starting to demand payment for the sale and use of their personal information, whether revealed by their purchases at the supermarket or a visit to a Web site.”

He continues with this:

“The revolutionary wealth system is all about decentralization, niches, flexibility and devolution to networked and distributed power.”

Alvin Toffler didn’t predict the blockchain either, but that last statement was as close as he got to it, considering that he (and his wife Heidi) were formulating these thoughts during the 1996-2006 period (it takes them a decade to write a book).

All this background ties to a theme I’ve been re-hashing: that we now have new opportunities to earn “currency” by doing some work online. Today, this currency is cryptocurrency and the difference with Toffler’s vision is that- what we earn can also be spent on transactions inside these new non-money economies. This means that you don’t need to go into the “money economy” to spend what you earned in the non-money economy.

However, finding the various methods of spending cryptocurrency and linking the earning aspect to a viable business model as a basic utility is still hard to figure out. The earning part might be a little easier, as it is the first step. Earning takes the form of active or passive work.

Active working could include delivering on bounties for specific projects such as finding bugs or developing software, both tasks that are from a technical perspective. Or, it could involve up-voting, promoting or commenting on social media.

Passive working is typically accomplished by sharing something, such as your computer processing cycles, Internet access, or storage; or something that you produce, like your own data.

In both cases, there is time involved, and there is value received.

If Facebook was re-invented today, we should all be partially compensated for letting them monetize our attention. The average user spends 50 minutes per day on Facebook, and time is that critical measure of engagement.

So, why do we have to give our time away for free? Granted that not all investments are of a financial nature, because we also invest our time in pleasure related activities. However, if the value received is paid for by a token currency, and if that token is worth more in the future, then the time invested translates into a lucrative return.

Today, it would be the anomaly if we are paid via cryptocurrency (e.g. on Steemit), but in the future, that may be the norm.

Tracing back history, the progression would be as follows for the average normal person:

Spending time for value can go further. For example, how can you pay me for getting value from what I write? Here are 3 ways:

These were just simple examples that don’t cost you money, but they cost you time. Maybe in the future, I could issue Mougayar-currency for these actions, and the tokens would appreciate in relationship with the value of my work or notoriety, or I could allocate a share of my earnings to be distributed to my followers.

How do you participate in the cryptocurrency attention economy and what choices do you have to make?

You can decide where and how you want to spend your time.

Just as we choose our friends, communities and where we like to live, in the not-so-distant future, we will have options in making choices about the relationships we want to nurture and spend time in, via:

These are choices we will make.

The free labor economy will be over, because cryptocurrency will re-fuel the attention economy with value. We might finally get paid for that “third job” we have had for a while.

Blockchains in the Mainstream and Marketing the Decentralized Paradigm