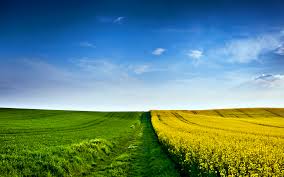 The blockchain applications market is unravelling along a segmentation of activity that is spread along two sets of variables: private vs. public blockchains, and new vs. existing business models.

First let me explain the segment variables, and then we’ll dive into their intersects.

That’s typically the first order of decision choice for a given blockchain application. The key characteristic of public blockchains is that they are permissionless, which means that any user can join, either anonymously or with a known identity. Public blockchains are almost like the public Internet which is open and widely accessible. If you can get on the Internet, you will likely be able to get on a public blockchain, via a specific application.

As of now, public blockchains are not interoperable with each other, nor have seamless end-user flow characteristics between them. User identification and credentialing exist at the application level, not at the blockchain level. For example, a given application user is not a user of Bitcoin, or of Ethereum. They are a user of a certain software application that uses one of these two chains. A quasi-interoperability exists only at the currency exchange level, but in the near future, we will see common identity systems that could be used across blockchain applications (e.g. via Blockstack, uPort or Netki).

On the opposite side of public blockchains, private blockchain implementations are gaining popularity within organizations that are not comfortable relying on these new public infrastructures, for a variety of reasons. Private blockchains have pros and cons: they are faster at processing transactions, but as of today, they are more difficult to deploy and configure, in addition to the required complexity of integration within legacy systems.

This is an important distinction pertaining to the “purpose” of the given technology or application, and this classification  is not always obvious initially. When a given application is targeting an existing large organization, it is most likely that the technology is supporting existing models, and not disrupting them.

In my opinion, one of the most exciting potentials of the blockchain relate to creating new business models; whether in public or in private settings. In most of these cases, the new models don’t care for incumbents, because they are mostly on a disruption quest.

Supporting existing models doesn’t re-invent or disrupt an industry or organization, but it may make them stronger, more resilient, or give them a needed facelift. No wonder, the initial primary examples from this category are in the financial services industry where organizations are more interested in using the blockchain to streamline their processes than to disrupt them.

In the following graph, I’ve entered a sample of company examples, for illustrative purposes only. Of course, there are many others. 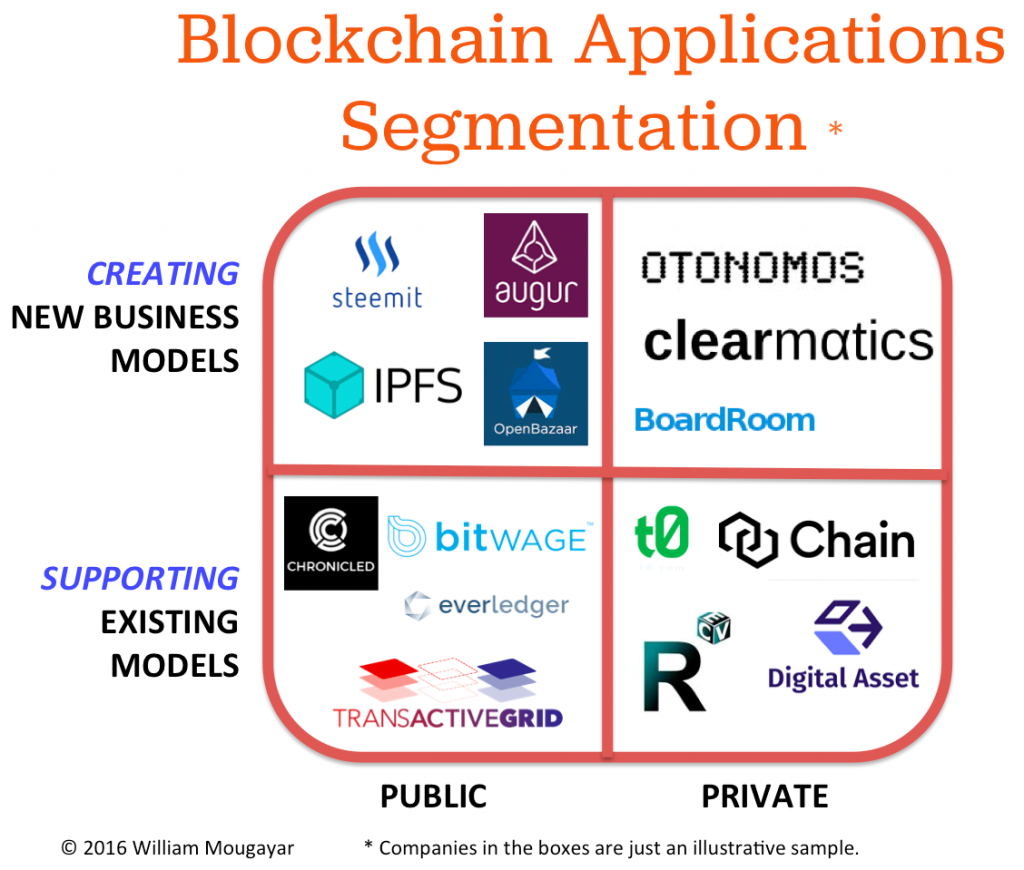 A few observations about this.

Few incumbents will succeed in deploying blockchain applications to enable new business models. The innovator’s dilemma will prevail. Even if they aspire to, they must first get their feet wet within their business boundaries.

In the new business models category, the starting point is zero users. Applications need to acquire users, one at a time. In many cases, a new user behavior is part of the experience, and there is a bottoms-up adoption that takes place.

If a startup is going after existing organizations as their key customers (Existing Models X Private segment), they need to realize that their success will be bound by the speed of implementation that these companies adopt.

The top left segment, “New Business Models X Public” is the equivalent of a new world, not unlike the Web economy’s. It will be the most difficult segment to grow initially because a large number of technology services that are underlying these applications are native to the blockchain, e.g. identity, payments, transactions validation, arbitration, decision-making, storage, messaging, etc. The bar is higher, but once all these elements are in place, then the sailing will be smoother.

When comparing these 4 categories, there is no good or bad blockchain applications segment. There are benefits to be realized for each one of them, although the type of innovation and implementation tactics will be different, and we need to keep an open mind that the boundaries between these segments will likely blur into the future.