“In theory, theory and practice are the same. In practice, they are not.” – Albert Einstein 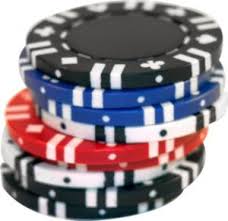 There is an acceptable way to describe VC investments as bets. Venture investors “bet” on your idea, product, team, market. And that’s a perfectly good thing.

Some are small bets, and others are big bets. But there is a “big” difference between how small bets get big.

The difference is that big bets are more risky if they get big fast, whereas smaller bets that gradually become bigger are safer bets.

Smaller to bigger bets is the natural evolution of progressively commensurate funding rounds that have some orderly pattern to them, i.e. raising more capital as the company progresses with results.

But once in a while, there are aberrations and anomalies when the startup suddenly wants to raise a lot of money resulting in a bigger (assumptive) bet, before small results are achieved.

When lots of sudden big bets start to accumulate, there is a reason to start worrying that a bubble may be forming, because big jumps in valuations at early stages have a weak base, because they are generally prior to product/market fit, or prior to being reasonably confident that the startup will capture a large part of a given market.

Weak bases will crumble when things don’t go as planned, and when customers don’t adopt the new solutions as fast as the theoretical expectations.

Yes, you can accelerate user adoption with more money, but only up to a point, and usually after initial product/market, and if the market is big.

Memories of Webvan come to mind. Webvan raised close to $400M, reached $4.8B in valuation, only to produce $400K in sales, and then went bankrupt. The big bet preceded their practical market formation, because the conventional wisdom at the time was that you needed to invest that much money to capture that market opportunity. I’m hearing similar echoes of that “wisdom” in some blockchain related companies that are raising huge amounts of moneys to go after the financial services markets, as I wrote recently in Warning: Unrealistic Valuations in the Bitcoin and Blockchain Space.

Yes, Capital Markets do Matter for startups (Fred Wilson), and Public Stock Markets Will Affect your Funding Round Even if you Can’t Perceive it (Mark Suster), but ultimately, venture capital is an adult’s game. It’s a bit like hockey, football or rugby. Players get hurt all the time and it’s expected. Most of them get back in the game, bruised and often wiser. And that’s OK. But when spectators (the public) get hurt, then that’s not such a good thing.

Somewhere between the players and spectators analogy are the startups with high ambitions. I’m torn between cheering for their ambition so we can re-learn the lessons of extreme optimism, or whether to put a damper on that enthusiasm.