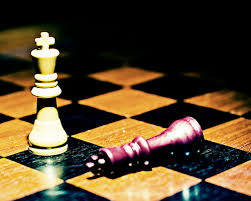 Newsflash *** Your current cloud is about to get rattled by a little shake-up. There is a new emerging computing cloud that is virtual and doesn’t require servers setup, because it runs on the blockchain’s infrastructure.

We need to think of the blockchain, not just as the programmable ledger, but also as the networked infrastructure of computing machinery. With that in mind, we could easily imagine how computer programs can run on this new infrastructure which has been already used for transaction validations.

The blockchain cloud is a thin cloud if compared to a traditional cloud computing infrastructure, therefore it is more ideally suited for running a new breed of thin programs, specifically known as “smart contracts”, and they are business logic that executes on the blockchain’s Virtual Machinery (VM).

Not surprisingly, the “virtual machine” naming borrows from the traditional cloud computing nomenclature, and it is really this virtual network of decentralized computers that are bound together by the commonalities of a given blockchain’s consensus rules, i.e. to execute the logic represented in the software code.

As I outlined in a previous article describing the Ethereum platform, one way to understand this analogy is to compare the running costs of a virtual machine to cloud-based computational costs. When you run an application in the cloud (e.g. on Amazon Web Services), you are charged based on a combination of time, storage, data transfer and computing speed requirements. The novelty with virtual machine costing (e.g. on Ethereum) is that you are paying to run the business logic on the blockchain which is otherwise running on physical servers, but you don’t have to worry about setting-up these servers because they are managed by other users (miners) who benefit from a crowdsourced-like metering of their part of the infrastructure.

Therefore, the blockchain cloud has a form of micro-value pricing that parallels the traditional cloud computing stack, but via a new layer. It’s not a physical unbundling of the cloud, rather it’s a new layering of cryptography-based transaction validation and state transition recordings on a parallel, but thinner cloud.

But let’s not get carried away with the cloud computing analogy. The blockchain infrastructure resembles a layer of cloud computing infrastructure, but it doesn’t allow us to replace it. Blockchain VM’s may be too expensive if we are to literally compare their functionality to a typical cloud service such as Amazon Web Services or Digital Ocean, but they will be useful for certain decentralized applications. As a sidenote, we could also see a future where client nodes can talk to each other directly in scenarios where blockchains are too expensive or slow.

There is a challenging part to running applications on this new infrastructure: you need to do some work. That work comes in the form of adhering to a new paradigm of decentralized apps that follows a web3 architecture to run specifically on the blockchain. Using Ethereum again as a primary example, a 3-tier web3 architecture includes: 1) an advanced browser as the client, 2) the blockchain ledger as a shared resource, and 3) a virtual network of computers that runs smart business logic programs in a decentralized way by interacting with the blockchain consensus engine that clears transactions or toggles some value. This new paradigm actually exemplifies the future direction of cryptography-based decentralized computing, and it is a variation of the existing Web apps architecture consisting of running Javascript inside browsers and server-side code that is run on company servers.

Another example of a blockchain platform that uses the virtual machine concept, but in a different way is Eris Industries. Started originally as an Ethereum fork, Eris runs a customizable “Blockchain as a service”, allowing customers to define arbitrary rules for their own protocol by writing smart contracts that will execute on a private network of virtual machines (think private blockchains). Eris takes that concept further by allowing developers to build hybrid applications, ones that have a footing within a private application-specific blockchain, and another that links to a public blockchain such as Bitcoin’s.

Bitcoin is what started this new computing infrastructure phenomenon via simple scripting capabilities for its own blockchain, which is a form of ultra thin cloud computing. And more importantly, in the Bitcoin context, the mining function is the quintessential infrastructure representation of running blockchain-based computing machinery. Every time an application or wallet or exchange sends a request over the Bitcoin network, it’s really sending a small computer program that is running on the blockchain’s infrastructure of miners, and it returns a confirmation that lets the originator perform a function with money or some other assets.

Bitcoin’s own infrastructure is not to be underestimated because it is very large, about 6,136 high-performance computers (as of June 2015), and with a computing power is 6,000 times more powerful than the top 500 supercomputers of the world combined.

Fred Wilson recently suggested that banks should do their own blockchain data processing, and I would add that any large company running a huge IT infrastructure should consider doing the same. I predict that in 2015, at least a handful of Fortune 500 companies will announce they are starting to do Bitcoin mining.

And there is the promise of 21 Inc. who is planning to embed Bitcoin mining into Internet-connected devices, further unbundling and distributing a thin, cloud-like computing infrastructure. Also, Blockstream’s sidechains will allow transactions to inter-navigate across blockchains, therefore spreading the thin computing efforts even further into a variety of blockchain infrastructures.

Of course other global blockchains can also potentially be created to power more computing power via their shared infrastructures, but it is worth noting that it will become gradually more difficult for standalone, open blockchains to survive on their own.

So, what is happening here within a grander context? Let’s put this in perspective.

We are witnessing a delayering across various technology pieces:

So, it looks like blockchain technology is just like other software technology, but is it going to sit in the realm of Information Technology departments? The answer is Yes and No. Yes, there will be some applications that will require the involvement of IT and large software teams in order to produce some end-user, back-end, intra- or inter-company applications.

But a more disrupting facet is that business users will also be able to run their own smart contracts, P2P apps, and other Dapps on open blockchains without seeking permission from IT, in the same way that SaaS was a Trojan horse that enabled employees to sign-up for services on their own without disturbing the company infrastructures (until it was time to perform some integrations).

This new form of SaaS will be possible because a new infrastructure layer can emerge by being supported on a peer to peer and shared cost basis. And it is very possible that the costs of this new computing infrastructure will be as cheap as Internet access today, on a relative per-user basis. If that’s the case, this opens-up the applications possibilities even further.

The thin cloud represents freedom and flexibility for users and developers. It will allow anyone to create their own business logic for ownership, commerce, contractual law, transaction formats and state transition functions without worrying about setting-up an infrastructure.

We must fully embrace the thin cloud as an outcome of the blockchains’ infrastructures, and we must innovate with creative applications that run on it.

Endnote: Special thanks to Brian Hoffman of OpenBazaar for reviewing a draft version.