Communicating Your Vision vs. Your Product 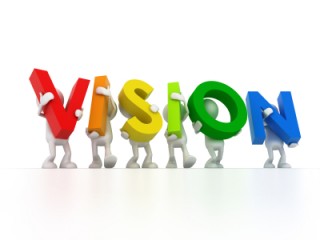 Here’s a classical mistake I’m seeing with some early startups that have a compelling vision, during the time when they come out with the first iterations of their product.

They try to blurt out their vision on the marketplace instead of communicating a user behavior they want to induce.

If you’re a startup, your vision was great for telling (and selling) the VCs about you and getting them excited, but your market needs something more tangible and concrete, that they can work with.

So, don’t introduce your vision to the market if it’s too hard to see the linkage between that vision and what the product does for users. If you are still early, the first versions of your product and your lack of initial critical mass usage will not provide enough gunpowder to visualize the realization effects of that vision.

UBER didn’t come out saying they wanted to revolutionize public personal transportation (although they may have told their investors that). Instead, they came out with a compelling product that enticed users to dip in it, and by virtue of their market success, we could see how they are revolutionizing the old taxi industry.

If you have a great vision, think about how you want your users to boot-up your vision. That bootup starts with the product, not the vision.

The gap between the vision and its realization is far too wide when you start, so it’s better to focus on what the product will do in its initial days, and let the vision’s achievement be an after-effect of your product success.

The reverse side of that problem can also occur if you overbuild the product way ahead of its propagation. If you overbuild to the point where you might think that you’re showing a version that is closer to your vision, you will inherit a very difficult on-boarding problem. The steps will be steeper for hoisting your users on your product.

But if you underbuild, or go to the market with an underwhelming offering, you may not be giving your users enough to hang on to, til you get them to that vision you have.

I’m currently working with two startups that represent the opposite ends of the spectrum. One has overbuilt their product and is being challenged to hoist users on their platform. Another one has a great vision, but is having a challenge in explaining the initial boot-up process in a compelling way.

They each have a different set of challenges. To the startup that has overbuilt, I’m saying to them: “A mature product is not your vision; you’re making it more difficult for users to get on-board.” And to the one that’s putting the vision ahead of the product, I’m saying: “Park your vision in the background, while you put your product in the foreground.”

Market adoption with a less mature product is more important than a comprehensive product with no users. It’s easier to evolve your product usage and user loyalties as your product evolves with every iteration, instead of assuming they will jump in both feet because you have a “perfect product”.

This begs the following question which I have been asked: “Is the vision inconsequential to inducing the initial user behavior?”

My answer is that it’s not inconsequential in the long term, but it is less relevant in the short term. In the short term, you want to induce behavior that has a benefit to the user.

In reality, individual users don’t really care about whether you achieve your vision or not (or what it is). They are lured by what you offer them and how compelling it is.

Did you know that by using UBER you were contributing to them revolutionizing the transportation industry? No. Or by sharing on Facebook, you helped them become a content/media juggernaut? No.

So, what I’m saying is: Your vision is great. Park it, but focus your communication and delivery on what your product will do, i.e. to make the collective user engagement get you closer towards that vision.

If you say you want to boil the ocean, your vision will not be believable. But if you give each user a little kettle to start with, and focus on getting them to boil a little water in their own way, then before you know it, their collective actions will be enough to boil that ocean.

Visions are generally fuzzy, and they aren’t believable initially. They only get clearer as your market footprint increases.

=> Keep the vision for the VC pitches. Let it unravel on its own to the market.