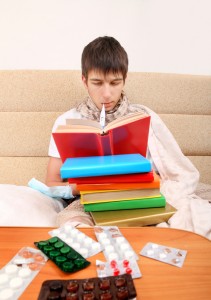 Want to (really) understand Bitcoin and the blockchain? Read these 30 White Papers.

Bitcoin and the blockchain are fascinating developments that are capturing the imagination of developers, entrepreneurs, investors, governments and consumers. But it’s still made-up of complex pieces.

You can be a passive or active actor in Bitcoin’s future. If you want to be passive, just wait til it develops further. But if you want to be an active actor, you need to understand as many of these pieces as possible, because each one of you is a potential developer, investor, inventor, creator or innovator in the crypto-based ecosystem that is dominated by Bitcoin and its blockchain technology.

In established markets, you need develop new products to gain market attention, and sometimes you do start with a Minimum Viable Product (MVP), and evolve from there. But when the field is uncharted, and the market is undefined, innovation needs to be manufactured by multiple visionaries. So, these visionaries write a White Paper first, (as a sort of MVP) where they describe their vision, and get feedback. Then, they embark on delivering a product later. That’s almost exactly what all Bitcoin and blockchain technology companies have done, including the original creator of Bitcoin, Satoshi Nakamoto.

I’ve been a student of Bitcoin and blockchain technologies for the past 18 months, and still read a fair share of content about it on an on-going basis, in addition to regularly interacting with some of the key innovators that are leading its development and deployment. I can’t emphasize enough that my understanding has deepened the more I read (and often re-read) several of the seminal white papers that pepper this space.

So I’ve compiled a list of the foundational papers and resources that are serving as the basis for the innovation that’s taking place in this segment. Behind each one of these papers, there is either a protocol, an idea, a platform, a product, a service, a marketplace or a dream.

Most of the Protocol related papers require a degree of technical knowledge if you’d like to fully understand them, but you don’t need to be a software developer in order to at least capture some partial understanding. The three categories are presented in descending order of technical content difficulty, so if you’d like to start less technical, start from the bottom of the list.

Bitcoin: A Peer-to-Peer Electronic Cash System (Satoshi Nakamoto, Bitcoin’s inventor)
This is the key paper that started the whole crypto revolution. Even if you only understand 10% of it, you’ve got to read it. It’s like a rite of passage, and it will give you a context for what has happened since this paper was published in 2008.

A Next Generation Smart Contract & Decentralized Application Platform (Vitalik Buterin, Ethereum’s creator)
Arguably, this might be the second most important paper, after Nakamoto’s. Unsatisfied with the original Bitcoin premise, Vitalik Buterin set the bar higher on what cryptography can do to computer science and decentralized applications, and he painted a compelling vision in this seminal paper. Think of Ethereum as a new computing environment with its own stack that’s been optimized for decentralized apps, and you’ll appreciate the future significance of this paper.

Enabling Blockchain Innovations with Pegged Sidechains (Blockstream team)
There are high expectations around sidechains, another key concept that’s supposed to drive innovation around the Bitcoin blockchain, without disturbing its core principles. This paper was authored by nine notable authors and proposes a solution that enables bitcoins and other ledger assets to be transferred between multiple blockchains. Also, see this “Simple Explanation of Bitcoin Sidechains for a less technical interpretation to the same paper.

Mastercoin (Mastercoin)
Mastercoin is a protocol layer on top of the Bitcoin network that enables anyone to build their own currency.

Ripple (Ripple Labs)
Ripple is a payment protocol that supports fiat and cryptocurrency, and allows transactions to be settled without the need for a centralized clearing house.

NXT (NXT)
NXT is attempting to build an ecosystem based on its own blockchain, and focused on trustless financial transactions. It includes its own (computing) client and online wallets.

Tendermint (Jae Kwon)
Tendermint is a decentralized  consensus engine that runs on its own blockchain.

Pebble (Pebble)
Pebble is an open source project to launch a  decentralized cryptocurrency that can support economies for microtransactions and up.

Colored Coins: here are 2 papers to understand this concept, Overview of Colored Coins (Meni Rosenfeld, 2012), and this one.

Decentralized Apps and Middlelayers (sometimes including an underlying protocol)

Making Sense of the Whole Thing

An architecture for the Internet of Money (Meher Roy)

The Decerver and Thelonious (Eris Industries)

And to end this list, two books. The Anatomy of a Money-Like Informational Commodity: A Study of Bitcoin, by Tim Swanson. And the much anticipated book authored by Andreas Antonopoulos, due to be released on December 27, 2014. It is oriented for the technical reader, but some of its chapters are approachable for business readers:
Mastering Bitcoin: Unlocking Digital Cryptocurrencies (Andreas Antonopoulos). Here’s a free excerpt from Chapter 1.

One more thing. If you’d like to track Bitcoin developments on an on-going basis, you can also follow my Bitcoin collection on Feedly. It includes 55 sources that regularly cover this topic, and it is already being followed by about 4,300 users. Just “add” the collection to your Feedly account with one-click, and it’s yours.

I will continue updating this page with new essentials, as they get published.

Happy reading. The holidays are around the corner!

Consumerization of the Enterprise – Phase 2