Why I Switched From an iPhone to a Xiaomi 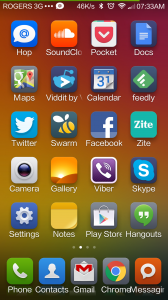 Yes, I have gone to the other side. After 6 years (and 3 models) of being a faithful iPhone user, what started as an Android experiment might become a permanent one, at least as far as I can see it now.

Just like when I switched out of BlackBerry in 2008 after 8 years (and 3 models) of usage, I knew it was the right decision.

Just days prior to the Apple September 9th announcement, I was mentally prepared to upgrade my 4-year old iPhone 4 to a 6 or 6+, without even thinking about Android.

Two things happened. One, I wasn’t overwhelmed by neither of these iPhone 6’s when they were unveiled. Two, I started to read more about the Xiaomi, having fantasized about getting one, a year ago. Then, I went to a retail store on September 19th, the first day they were out, and played with the displayed iPhone 6 and 6+. That’s when my disappointment started to sink in, and I decided I wasn’t going to upgrade.

Pragmatism won me. First, I didn’t like the new iPhone products, and then I didn’t like Apple’s pricing. My thinking was that if I chose the 6+, that’s over $C 950 to purchase one, or about $C 450 with a 2 year contract, locked. Contrast that to buying a brand new unlocked Xiaomi Mi3 for $C 300, and staying contract free (I have been contract-drug free, unlocked for 1.5 years, and never going back to locked contracts).

It was a no brainer decision when I combined my product excitement disappointment, with the financial parameter. What tipped me over further was a desire to experience a full stack Chinese product, and I had heard that the MIUI interface actually provided an iPhone experience inside an Android device.

The buying experience was very pleasant. I found a reputable eBay merchant who shipped immediately from Taiwan. The product arrived via Federal Express to my door, less than 72 hours after ordering, with an impeccable Amazon-like customer experience.

I set-up the Xiaomi in 20 minutes. Being an iPhone user, I took the MIUI like duck to water.

I had several fears, but they were quickly alleviated.

The Mi3 that I selected had pretty comparable specs to the iPhone 6, except for not having LTE. With a 5 inch screen, it almost sits between the 6 and 6+. I can’t stress enough how important the MIUI is, as it hides some of the most awful parts about Android, while preserving its inherent functionality. I think that Xiaomi understood well how to add value on top of Android. [I realize the Mi4  just came out for about $450, and it has LTE, but that wasn’t a big deal for me.]

There were some novelties I liked about the Xiaomi.

The notifications screen was suddenly richer, especially with the Google Now integration. It would single out bills that were owing, or subscriptions that were due, and it notified me that my Amazon order had shipped. Cool. 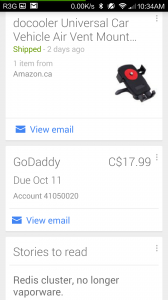 I love the built-in Security App that’s useful for cleaning and checking the device. 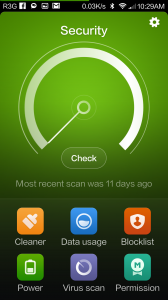 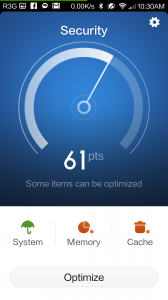 I like the Explorer App which includes an iTunes-like status screen that shows your storage usage. 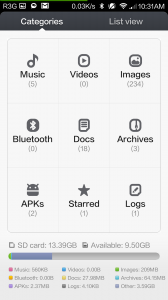 The Mi Cloud worked flawlessly, as contrasted with iCloud which I could never get to work properly.

And the Xiaomi has some of the additional nifty tools that are becoming standard, like a digital recorder, FM radio, NFC, compass, scanner, and a torch.

For me, it was partly a philosophical decision to make the switch, and partly experimental. I needed to try an Android experience natively without hearing about it second-hand. The philosophical decision was prompted by my sudden realization that Apple was charging too much for a comparable Android product that you can get for one third of the price. It dawned on me that the iPhone was a premium product that I didn’t need to have anymore. Someone said, the iPhone is for people that “don’t know better”. Well, there is some truth in simplicity, but I can testify that the MIUI is pretty close to a simple out-of-the-box iPhone experience.

For now, I’m not missing using my iPhone. Switching to this Android made me realize how hardware independent we really are. Most the Apps and Data that mattered to me were in the cloud, and it was very easy to be back in business. Within an hour, I had completed a full transfer of everything I needed, and re-installed all the essential Apps I depended on.

The Xiaomi is no Honda. It feels more like an Acura, if the iPhone was a Lexus. At $300, I could get a new device at my own pace, every 12-24 months without contract timing constraints. If I’m still happy with the Android experience, I could easily sell my Mi3 in 12 months for $150, spend another $100, and get a new smartphone flavor, without being locked-in with an expensive iPhone on contract where I still have to pay about 50% of its price to start with, and can’t really upgrade for at least 2 years. And on top of that, I can switch to WIND for a $60 unlimited US/Canada data and voice plan, as soon as they expand their geographical coverage a little more outside of Toronto. Actually, I can’t wait to do that, and say goodbye to my $120 monthly mobile bill from Rogers. And when I’m in the US, I won’t even have to worry about switching to the T-Mobile day plan.

That said, I’m looking forward to the Apple Watch, and will get one for sure. I think they have leapfrogged other existing smart watches, while they are a generation behind on capabilities in the smartphone department. I realize that Apple will try to lock-in iPhone users with things like Apple Pay, HomeKit and Apple Health, although the last two still have a long way to go before they become solidly indispensable Apps.

End Note: This wasn’t supposed to be a technical, feature by feature, pixel to pixel type of review. I don’t really care about a specs pissing contest between the two products. Yes, there are hairlines of differences, but many of them don’t really matter a whole lot to most users. My review here is anecdotal and experiential. I was trying to focus on the things that mattered to me, and ones that I noticed.

Before You Plan Your Product Roadmap

Why Revenue Isn’t the Most Important Financial Metric for Startups