Aileen Lee was the first to get us hooked to the Unicorn Club trend when TechCrunch released her ground breaking analysis, Welcome To The Unicorn Club: Learning From Billion-Dollar Startups in November 2013. Fred Wilson followed with his own post The Billion Dollar Valuation Club, noting primarily that Aileen’s list of 39 companies was US and Silicon Valley centric, and missing several other companies. Fred invited his readers to contribute to a public Hackpad to try and complete that list.

Fred’s Hackpad was an excellent jumping point for a more complete and global list, and it was an essential starting point for my own analysis. But it needed lots of scrubbing, and also was missing several companies. So, last December, I embarked on this analysis, with the goal of being as inclusive and global as possible, and I initially relied on Mattermark data to complement the research, as well as Crunchbase.

I poured over more than 500 companies, and after at least 50 hours of intermittent research, I compiled the following list of global startups that were founded since 2000, and with market valuations over $250 million. I set the bar high for global inclusiveness, but set the valuation threshold to $250 million. In my opinion, any startup that has reached the $250M mark in market valuation has a really good chance to reach or jump over the magical $1 Billion valuation club. I ended-up with 232 companies (and counting).

This list is way beyond the initial TechCrunch unicorn list. It includes private, public and acquired companies. It is also sortable by any column, so you can derive your own analysis from it.

I will be updating this list weekly, or as changes occur. It is my hope that it becomes a reference point for tracking the tech startups that have popped on the scene. Please provide additions or suggested corrections in the comments, and I will make updates accordingly. 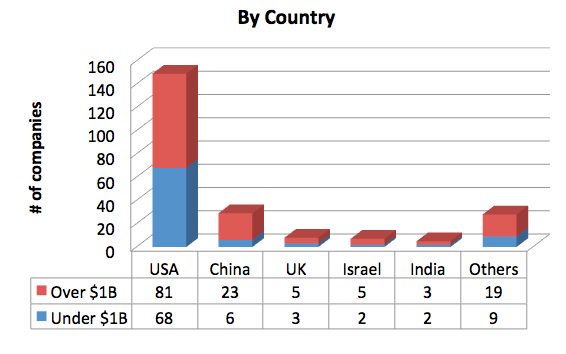 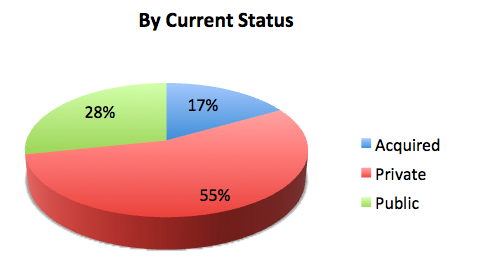 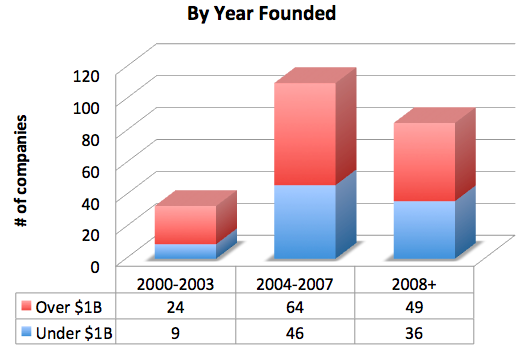 Vertical Marketplaces and the Durability of Craigslist

Getting the Business Model Story Right.