The Advertising Model is Roaring: 6 Companies Defining Its Future 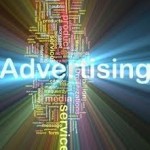 The advertising model is interesting to follow because several startups are banking on it. As part of my promise to cover business models, I’m going to dive into advertising.

Although the label “advertising” conjures a single moniker of representation, there are several nuances to its making. It’s not as simple as that. Just look at the Display Lumascape.

A week ago, John Battelle reviewed recent advertising-related developments, Everybody’s Going Native, to highlight that the ad industry was very alive and kicking with innovation, mergers and growth spurts.

A few days later, additional significant developments have happened in the form of new funding or acquisitions, signalling that the wind is definitely blowing in the advertising industry’s sails.

What is going on?

Of course, the recent merger of Publicis and Omnicom was a head turner in the advertising industry,  but if you follow what these 6 companies are doing in online, social and native advertising, you will get additional clues as to where advertising is going.

Innovation and experimentation are everywhere, with new models and new bets.

David Ogilvy, the Father of “Soft Sell” Advertising is rolling in his grave.