The word is out. The U.S. Tech Startup model works, and its success is resulting in a global Renaissance of incredible 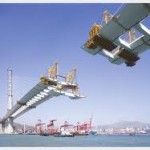 activity outside the U.S.

Although the U.S. ecosystem is still the model, and you can take extrapolations and derivatives from the Silicon Valley ecosystem, or the booming New York one, it has become a lot easier to start a technology company outside the U.S., and every region around the world is now talking about their own tech ecosystems.

But if you weren’t born in the U.S. market, how do you go-to-market efficiently to surmount your handicap and turn it into an advantage?

Keep Calm and Stay Where You Are

First, stay where you are. You are lucky to be able to build your future where you were born, and where you grew-up. If you have a good team of developers somewhere in the world, don’t disrupt them. If you are technically savvy, the only missing thing is to learn how to market internationally. Especially if your product doesn’t touch the user physically, then you don’t really have a disadvantage. You can push the right buttons virtually, and hack your growth accordingly. Thousands of Israel-based startups have become multi-million, and some multi-billion dollar companies over the last several years by staying home, and by mastering how to do one very important thing really well.

That one thing is: they have learned to build bridges between their home country and the U.S. India is another good example, and China is upcoming.

Going-to-market outside your home country is something you will need to learn and figure out, especially if your home market isn’t China, Brazil, India, Russia or Japan where the domestic market is large enough to be lucrative. And I’m not diminishing the fact that “going to the market” is not a trivial thing. Actually, several U.S. domestic startups also botch it up, even after they achieve product/market fit.

Look at the Google for Entrepreneurs programs, “working in 100 countries, in cities from Raleigh to Ramallah, Krakow to Cairo”. And recently, they announced a partnership with Blackbox Connect, (a global accelerator) to bring 8 teams from Israel, France, U.K., Poland, Pakistan, Egypt and South Africa to Silicon Valley for two weeks where they will cross-pollinate and learn a whole lot from the local experts.

And there’s another example of significant investment coming from Rocket Internet, a Berlin-based incubator who has just raised $500 million to plunk into the European Tech startup ecosystem.

Building a Bridge to the U.S. is the Only Way

The U.S. is still the single largest most homogeneous developed market in the world. It’s a lot easier to launch a product and acquire users in the U.S. than anywhere else. A U.S. user will take technology like duck to water. But you need to build bridges to that market. You need to have someone in the U.S. in business development, marketing or market-facing activity.

If you can’t have a physical presence in the U.S. yet, establish a relationship with existing influencers, angels, VC’s, pundits, entrepreneurs who will guide you and mentor you. They are there. Just reach out to them by hanging around blog communities, attending virtual events, identifying them and connect with them. Many will do it for free, just for the benefits of more global exposure. You will learn from them, and they will learn from you. Or, find someone on Clarity.fm who has thousands of experts for each segment you can think of. Or, come back to this community often, and learn from its Library, or by following the daily links we point to, all focused on growing and scaling your company. Or, look at Canada who takes advantage of its proximity to the U.S. every day, in order to market into it.

When I worked at Cognizant, we called the offshore-onshore working model “Two-in-a-box”, basically consisting of pairing an offshore delivery person with a customer-facing local person at all levels of the organization. This ensured fast decision-making in front of the right context (the customer), and tightly coupled with the required delivery components. This was, and still is Cognizant’s competitive advantage versus its competitors, because they did better than them, and it was in their DNA.

Something wonderful starts to happen with you have both sides of the world working together. The spirit of the Cognizant Two-in-box model applies to startups.

If your company was born outside the U.S., think of it as an advantage, not a handicap. You can have the best of both worlds, literally.